On August 28, 2020, I remember exactly where I was.  I was sitting on my coach with my entire family watching tv when a text game through from Brothascomics contributor, the Sandman.  It was an RIP Chadwick text.  And seeing it made my heart skip a beat and I replied back, what?  And then Sandman sent the link that Chadwick Boseman had died and I could not believe it.  This young, talented actor who seemed to have the world at his feet was gone.  Taken from us, his family, and this world far too soon. At no point in time that day did I think, "what's going to happen with Black Panther 2".  I was just devastated that this man was gone and attempting to process his death in the moment.

As the days, weeks, and months passed, Marvel made their annoucement that they were not going to recast T'Challa, setting off praise and criticism from those in favor and for those against this news.  All the while, it seemed like the silence coming from the director said it all.  If he did not want to make this movie with a new actor and Marvel/Disney supported that, why are we not trusting the director who was not only a creative force behind the movie, but also a friend to the fallen actor.

Movies and tv shows have had to deal with people dying unexpectedly often during filming but I would argue that none of them held the cultural and emotional weight that Boseman had by being T'Challa and being our Black Panther.  The idea of just casting another person in that role, so soon after his death seemed odd to me.  This is not Rhodey being replaced or a new Lionel on The Jeffersons.  This was an actor who was so tied to and beloved in this role- no actor at that time was going to be able to fill his shoes.  This #recastt'challa movement was bore out of grief and frustration by the lack of Black heroes and I understand that.  However, it seemed very clear that Coogler and the cast of Black Panther wanted to use this film to honor their friend and share their grief through the art Boseman so clearly loved. And Black Panther 2 is a love story in grief as the cast, the characters, and we, the viewer get to ride the emotions of Life after T'Challa and Chadwick Boseman.  This review will be spoiler free for the most part- with the exception of the death of T'Challa.  If you do not want to hear this part, please skip ahead

The movie opens cold on a black screen with only a Shuri voice over.  Black Panther dies off screen. He has contracted a mysterious illness, much like how we did not know Chadwick was sick, and he dies.  The nation of Wakanda mourns its lost King and the auidence does too.  The plot of the movie centers around the nations across the world still wanting to get access to vibranum to use it for nefarious purposes and the Wakandan's stopping them.  This leads to our introduction of Riri Williams, AKA Iron Heart to the MCU, played excellently  by Dominique Thorne.

But what happens when vibranium is found outside of Wakanda?  The search for that vibranium leads us to the introduction of Namor and his underwater kingdom, Talokan, and a slight comic book history turn that vibranium can be found in the waters of the world.  But Namor is hell bent on making sure those people do not look to destroy his oceans or his kingdom in their search for it.

This leads to conflict with the Wakandan's and an all out war between the two nations.  The fighting sequences are fine enough with the Dora Milaje; although seeing blue people after watching the trailer for Avatar and more blue people was kinda weird.  Namor is great.  He plays a villian with a purpose and he faciliates between charming and terrifying- with you never knowing which version will show up at what time.

The movie cluminates with a battle between the two nations and between Namor and Black Panther.  If you have seen the trailers or read a comic book,  it should be pretty obvious who assumes the mantle of Black Panther.

Overall the movie is well done.  The movie is extra long tho and there are times when you will check your watch or want to run and go pee, but overall the movie is as about a good a movie as you could make given the cicurmstances.  Well acted, better CGI than the first movie, lots of tears, and both a hero and villian you can root for.  There is only one post credit scene and I feel people will either love it or loathe it.

Highly recommended.  I will be interested to see what other fan boys think.  I can kinda feel the mysigony building around certain reviews and that will be disappointing but not surprsing.

Check it out and let me know what you thought! 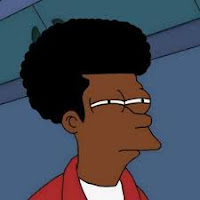 Posted by Brothascomics at 4:15 PM No comments:

My Black Panther review will be upcoming... but  here are the trailers that rolled before the movie

If you know me, I do not mess with horror movies... at all.  Add in a creepy ass doll that looks human.

I have actually never seen any of these John Wick movies.  I am not a huge fan of violence or Keanu to be honest.  But this franchise, much like the Fast and the Furious, just keeps chuging out movies and has such an established fan base, I can imagine these will be around as long as Keanu draws breath( much to the chagrin of Matthew Perry)

People hate Chris Pratt so much that they were upset that he is the voice of Mario more than the fact that they made a Mario movie.  Look, I have played my fair share of Mario games but we do not need a Mario movie no matter who is the damn voice.  Like we cannot be that hard up for entertainment at this point.  Hard pass

My daughter and I went together to see the first Shazam and I thought... man, this movie would've been great for my son who would have been around 14 at the time.  And the reason I say that is because it clearly was appealing to young fans who often get closed out of super hero movies nowadays. Shazam 2 looks to still follow that path but I hope it has a bit more maturity to it.  We love Zack Levy in this house so I will def give this another shot; although the villians look super shaky in this one

I am looking forward to this.  Its probably mostly for Kang as he has been clearly set up for big things moving forward with movies.  Underrated, but the Ant-Man triology is one of the best MCU/Comic Book movie trilogies( if this one is good).  Can't wait until Feb 2023

Posted by Brothascomics at 3:16 PM No comments:


Posted by Brothascomics at 7:27 PM No comments:


Posted by Brothascomics at 6:51 PM No comments:

Posted by Brothascomics at 6:50 PM No comments:


Posted by Brothascomics at 6:49 PM No comments:


Posted by Brothascomics at 6:49 PM No comments: