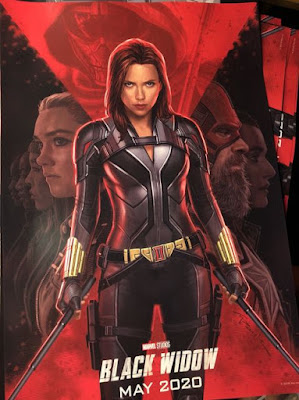 This week news broke that possibly Robert Downey, Jr will be making an appearance in the Black Widow movie that is scheduled for early 2020.  This movie, which is a flashback movie long before the events of the Avengers, would seem to force Tony Stark into Black Widows movies and it has me wondering why is that?

Black Widow in the MCU movies has more than held her own.  From her appearance in Iron Man 2 through Winter Soldier and Civil War, she has always held her own against heroes and villains; even without any "super powers".  Thing how awesome she was in the Avengers movies playing such a key role in each movie; even up until her death.


Her solo movies, which probably shoulda been made years ago, seems like a slam dunk.  There is a rich back history of her past as an assassin, the teased Red Room, and of course, Budapest which is name checked in 2 different Avengers movies.  None of those things are associated with Tony Stark, so why would they be calling RDJ to feature in her debut? I have a theory!!!

As much as people love Black Widow, Scarlett Johannsson has become problematic AF. In doesn't take much Google searching over the past couple of years where she sticks her foot in her mouth and has to moonwalk it back after her PR folks, and probably Disney get to her.  In the past two years, she took a role in Ghost in a Shell when knowing damn well that role should be played by an Asian/Japanese actress.  She took the role and then tried to play it off like it was not a big deal and its a huge deal.  Then, she was set to play a trans actor in a movie role and doubled down again with some any actor can play any role bullshit and again, she was forced to drop that project after public uproar or stealing a role from a marginalized group of people.  AND then, she did an interview defending both taking the trans role and the Asian role which further alienated her from certain fans who liked her in the MCU movies.  And then this month, she noted that she loved Woody Allen and would act in his pedophile ass movies again.  And that is the thing about ScarJo, her whole Hollywood persona is basically white feminism; the ability to do whatever she wants yet not include other marginalized groups in the battle against patriarchy.  She takes what she wants and when she wants it to the damnation of those who are struggling.

I can only imagine Disney/Marvel reading this stuff and thinking, " would you please shut the fuck up?" There is much goodwill with Black Widow from the movies, but she keeps talking and pushing away people who would generally support this movie.  The idea that we can separate the artist from their bullshit is just that.... bullshit.  If I do not care for the actor playing in the movies, I am not seeing that movie; no matter how good it is.  Case in point,  Hustlers looks like a good movie, but I don't mess with JLo so its a full no for me.  And the same is going to be with Black Widow and that really does suck because there is a huge lack of women in superhero starring roles.  The genre is totally white male dominated and having a woman star in her own movie... even tho its another white woman, is still something that needs support so we can get more movies and hopefully movies with women of color.  But seeing this movie will just embolden her to keep being problematic and I don't think I can do it.

I think Disney is thinking about fans like me.  They know she is problematic so what do they do- they call to the bullpen and bring out their number 1 closer, RDJ.  People love RDJ and seeing him or even potentially seeing him in another MCU movie will move fans on the fence into the movie theater and make them put their hate of ScarJo to the side for 2 hours.  I get it and its fantastic marketing but I am not sure if its gonna work on me.

So what do ya'll think:  Just a coincidence RDJ is rumored in this movie or Disney heading off problematic ScarJo?

Denzel Washington in the MCU 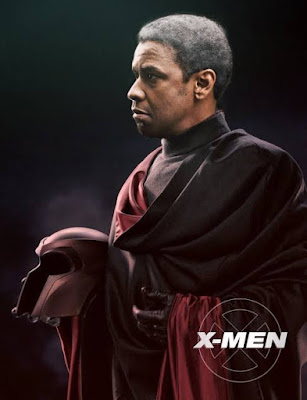 Word on the social media streets is that the people at Marvel/Disney were looking to cast Hollywood legend, Denzel Washington as Magneto in the upcoming X-Men reboot whenever that happens for Disney.  Of course, the Internet being what it is, had thousands of hot takes from people loving the idea and people loathing the idea.  Like most things, reality often lies in the middle and no matter which side you fall on, the only certain thing is that Denzel would instantly be the best actor the MCU has seen in whatever role he takes.

Those who oppose Denzel as Magneto cite Magneto's history as a Holocaust survivor and his Judaism.  And yes, those are important aspects to the character of Magneto and helped shaped his view on the conflict between humans and mutants.  However, you could manipulate that history and make him a survivor of a multitude of atrocities and still have him have that negative view towards humanity.  Its often funny that comic book fans only want to stick strictly to the comics when the character is white and is looking to be gender or race bent to fit into a movie.  I mean honestly, who could Disney/Marvel find that would be a better actor than Denzel Washington?  He would bring instant credibility to a role and character that demands the actor playing have a certain gravitas.

Those who are for the casting cite the correlation between the Civil Rights movement and the differences between Martin Luther King and Malcom X and how their differences often parallel the differences between Erik and Charles.  There have been conflicting reports on how Stan Lee based those Magneto and Charles on MLK and Malcom X but regardless of that, having a Black actor play off against a white actor where race is central to the story, would be fascinating.... and this is probably why it wont happen.

Look, Disney knows that fans are chomping at the bit to get a solid X-Men movie.  No matter how you feel about the Fox movies, even the good ones are a bit lacking in certain areas.  Its probably why Marvel/Disney has taken their time with rolling out any information about the mutants and X-Men because they know if they do this correctly, they are looking at making Avengers money.  And that is the reason they wont take this huge leap and cast Denzel as Magneto.  Its not because hes not a great actor or they couldn't craft a story around him playing Magneto, its that they do not want to court the controversy of doing it.  Call  them scared or call them bold, Disney is not going to mess with this money train as they look to recoup all the money they paid for these Fox properties.

So, no Denzel Washington as Magneto in my humble opinion.  I hope I am wrong because it would set social media on fire when they announced and I love watching the world burn.

If not Magneto, who would you like to see Denzel play in the MCU... and don't say Blue Marvel!!!