Before our podcast on the Marvel Hacks, Season 11, Episode 10, where Wolverine gets his bones taken out in X-Men 25: I wanted to look back at some other memorable scenes from me reading comics

These two panels open and close one of the books from the small pile of books stacked up in my basement as a kid. My best guess is somebody bought some comics for my brother when he was recovering from a tonselectomy or something. Whatever the source, I read these books over and over – resulting in my misguided love for the Champions – but also my affinity for the Invaders and Union Jack. This Nazi death trap opened the book - it sucked the moisture off Namor and the pulled out the oxygen to keep Torch and Toro from igniting was one of the most nefarious traps ever. They also caught Cap and dragged him behind by his shackled feet. Even more of an impact – Union Jack’s arrival to save the day on the final page. 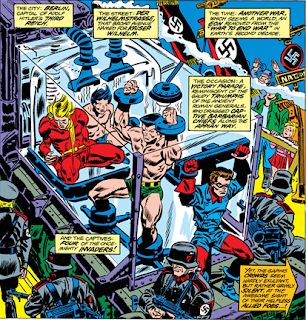 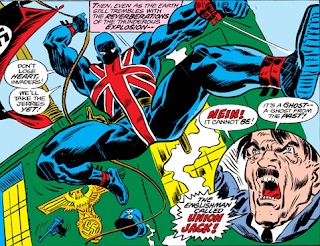 With the Blue/Gold relaunch, the OG X Men left X Factor and returned to the main rosters. They were replaced by what can only be considered a C Team at best. In this issue, after the conclusion of the X-Cutioner’s Song crossover extravaganza, the team gets sent to counseling. Rahne and Lorna get kinda short changed (boy problems and body issues) and Alex can’t break out of Scott’s shadows, but we learn about Jaime’s fear of abandonment and isolation despite the fact that he is his own crowd and Pietro feeling like every moment is like waiting in line at the BMV. The thing that really resonated with me and stuck was the reveal for Strong Guy. After being drawn and portrayed as a complete goof, we learn why he has such a cartoonish form. 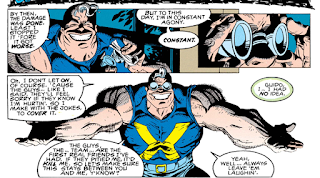 The first of a two-part else worlds type story, with Manhatten and it’s current residents and visitors thrust into a Conan style sword and sorcery reality. The story came out of nowhere and feels a little like an attempt to capture that Days of Future Past kind of shock value – I always loved it. Lot’s of cool cameos from Avengers and the rest of the Marvel Universe … one wall crawler in particular, who seems to immune to this magic and ends up way worse off for it. 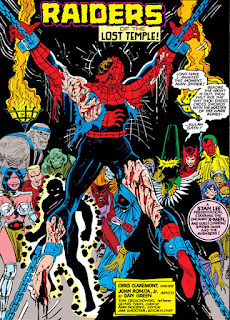 So many X Men images could be on this list: Scott and Jean on the moon, Wolverine rising from the sewers beneath the Hellfire Club … this one is just as classic to me. For all the whining he does about having to restrain the destructive power of his optic blasts, we finally get a shot to convince us that Cyclops might have been right … at least about this. See you around, Sinister. 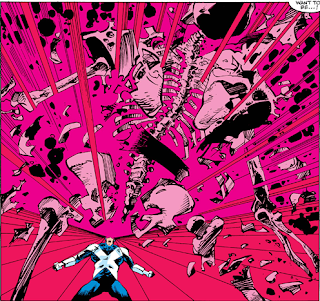 I had a friend in college who was a huge Wolverine mark. I always like Gambit, but I would always talk up Gambit vs. Wolverine just to be a jerk. In this issue, Gambit (with an assist from Banshee) takes down a mind controlled Wolverine, but a few pages earlier, he pulls off a pretty strong power move. This was when Gladiator was more like a Superman knockoff, and less like the Sunday Night Superstar that he would become over the years. 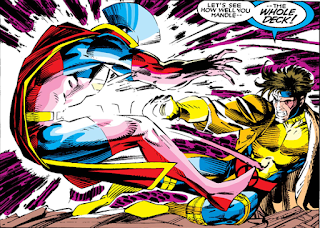 I was hoping for something like this sequence as soon as Thanos was teased in the MCU. Once Endgame came around, we pretty much got it 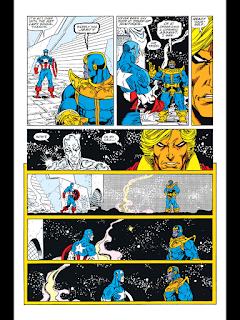 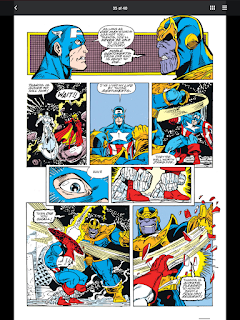