I am complicit in Nighthawk Cancellation 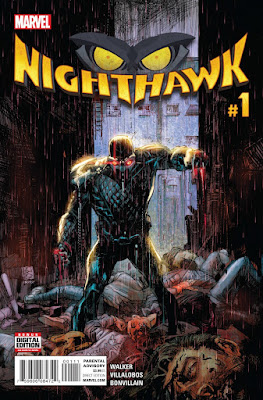 When news dropped this week that David Walker's Nighthawk was being cancelled after issue 6, I really did not give it much pause.  I had heard great things about the book and David Walker is a beast comic book writer, but because I was unfamiliar with the character, I did not buy the book and honestly just got recaps from the book from the Marcus on the Black Nerd Power podcast.  The book was critically acclaimed and tackled issues rarely seen in the comic book world in regards to race and culture.  But it didn't really sell.  Black hero + Black writer = 6 month run. That's troubling and to be honest, it was most troubling for me because I think I am the problem.  Now I am not saying I, the Producer from brothascomics, is the reason it did not sell. That would be conceited as hell.  But I am the problem when I don't support quality work by quality creators of color in an industry where they are short on supply.

One of the reason we started @brothascomics was to create a space where Black folks could talk about superhero's we loved as a kid and to also highlight Black heroes of yesterday and today to see how far the genre has come.  If you listen to our podcasts,  we continually point out how far the comic book world still has to go in the hiring of writers, artists, and editors in the field of comic books.  That being said, an A+ writer( David Walker) is writing a book with a Black hero and I, as the founder of brothascomics did not read it.  Does that make me the problem?  I wrestled with this for the last few nights and I think the answer is yes.

As Black people, we all know in the field of entertainment, we are not always going to get much.  TV and movies  rarely have predominantly Black casts and often, the shows or movies that get made are typically made for the LCD( least common denominator).  Its why most Black films and tv shows are comedies because those shows tend to do well with Black folks AND make white people feel most comfortable watching Black people coon for them.

When a tv show or movie doesn't fit in that neat little box,  it often struggles to find an audience amongst Black people and white people ignore the show because it makes them uncomfortable.  Its why a show like the Nightly Show gets cancelled even tho the show is/was brilliant. 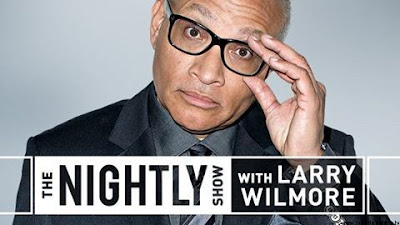 Then when a show gets cancelled or the movie doesn't make bank, we get all these think pieces on how Black folks don't support their own product.  This is such a double-edged sword and something white people never have to think or worry about.  Black people have to balance supporting quality product with their money and their time versus supporting bullshit content with the same. With all that said, I have still supported books that have disappointed me for a while just because I have been reading it and hoping that its going to get better.  I have runs of Xmen and Spider-Man that are garbage. I supported Heroes Reborn and Heroes Return and those books sucked.  Yet, I could not get over myself to read and support a new book with a writer I hold in high regard. I am the problem. 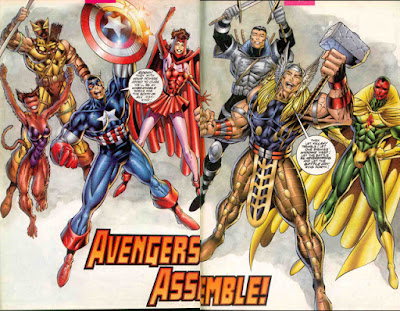 Even tho people I respect like Markus from Black Nerd Power and @milehighblerd and others were telling me- This is a quality book. I still ignored it based on preference and now its too late to support the book.  And this upsets me, but brings up all these troubling questions I don't have the answers to.  Where is the line between support and non support for Black entertainment? And how much support is enough? And how much does personal preference and cash issues play a role in support?

I hate that we as Black consumers have to wrestle with these questions when our white counterparts do not!  Even when a third tier white character has their book cancelled, it will be replaced very quickly and that book will be given more than six issues to find its audience. 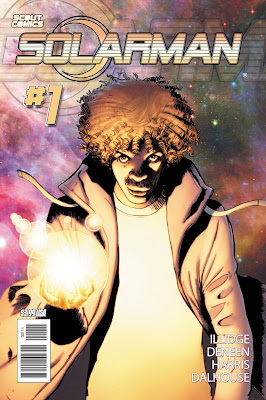 So what is the answer? I see that @josephillidge is encouraging comic readers to get their pull sheet early to make sure books get ordered ahead of time to show interest. I also feel that making a commitment to at least issue 1 on Black led comics is the least I could do to show support.  I did this with Solarman and was gifted with a great comic with a character I had no background with.  This support and spreading the word on all platforms can only help us continue to get quality content from competent artists and writers. And for me, its time to look at not reading certain books just because I been reading them for a long time- especially knowing that the quality of the book has gone down hill.


So Nighthawk, I'm taking this one personal. I owe you a major apology.  I am gonna back check and order the six issue run even tho I know its too late and chalk it up to a painful lesson learned.  IronHeart and Mosaic, I will give you initial support with the hopes that the book does well and is successful.  Its the least I can do.

X-Men 132 is problematic for Storm 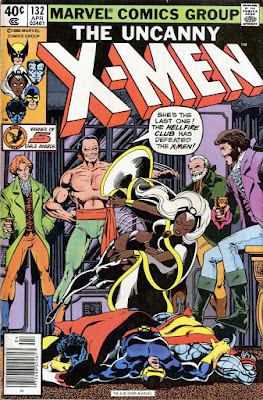 @brothascomics has been walking through classic Xmen comics in our Thursday Comic Book Chats.  You can find past episodes here https://soundcloud.com/brothas-hutchinson

The last couple of weeks, we have been walking our way up to the Dark Phoenix Saga- the classic X story that sees the rise and fall of the Phoenix and Jean Grey.  This week we dealt with classic villains, The Hellfire Club, who are an integral part of the Phoenix Saga.

To recap, on a recon mission to the Hellfire Club, Colossus, Storm, and Cyclops have been captured by the Hellfire Club and Jean Grey, through the evil doings of Mastermind( Jason Wyngarde) has been transformed into the Black Queen.

Mastermind has Jean Grey under mind control with his illusion power and a device that has helped him infiltrate the mind and memories of Jean Grey.  Jean believes she is in love with Jason Wyngarde and living in colonial times and when she sees the captured Xmen, she sees them as colonial citizens and traitors. 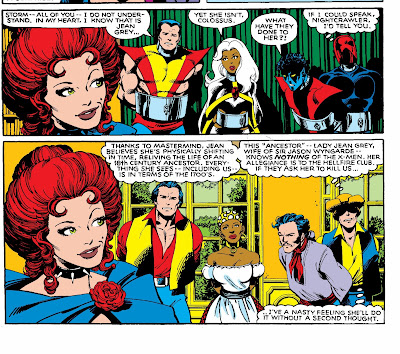 So, sadly and naturally, Storm is depicted as a slave in this scenario and the following scene plays out in the comic where Jean refers to her as a slave and actually uses a whip to slap Storm across the face and utters the words, "I own you!".  That is problematic in and of itself as this was clearly well thought out and purposeful by the writer and artist ( Claremont and Byrne).  This is not even dealing with the issue they have Storm looking like a Mammy.

But another, more subtle issue, is the visual depiction of Storm and the contrast from modern Storm to slave Storm.  The creators of Storm have given her mostly Caucasian female features- from the flowing white hair, to the blue eyes, and a small nose.  However, once slave Storm is depicted, her eyes become brown, her hair replaced with a bandana, and her nose becomes much wider.  You can also see her lips get bigger and are much more red when she is a "slave".  This speaks tons to the depiction of characters of color when in the hands of white writers and artists.  Given the chance to make a more realistic character from Africa, they did everything in their power to make her more acceptable looking for white, male audience. Yet the first chance they get to make her look like  slave, they make Storms features more African and top the sundae off with using a whip to smack her across the face by her slave master. 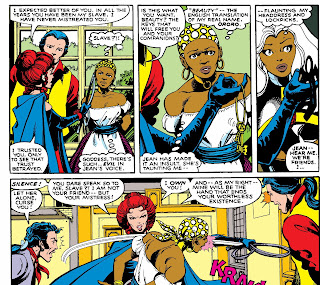 I love Storm and I love the X-Men on this run between Claremont and Byrne! When I read these books as a 10-12 year old, this shit did not register with me at all.  As a comic book buying adult, we continually see in the books we grew up loving, that the lack of diversity on the creative sides of books leads to nonsense such as this and draws away from my ability to enjoy something I once loved.

Until the writers room and the editors office begins to show the diversity of the readers of comics, bullshit like this will continue and that is a damn shame!

Posted by Brothascomics at 12:32 PM 9 comments: