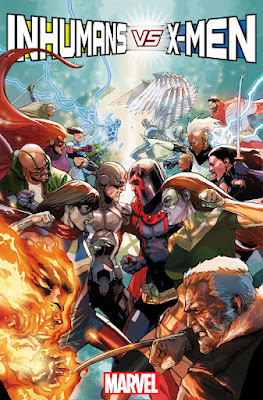 Sigh.... and yes I know I have the title backwards

I mean- if you are a reader of this blog or listen to us podcast on our Thursday Night Comic Book Chat- you know that we are not fans of what has happened to the X-Men.  This dispute between the Mouse and Fox, has taken our favorite book and characters and turned them into tertiary characters to the InHumans as the InHumans steal and live out their gimmick.  Its sad, its frustrating, and often time vomit inducing to see what has happened to our Merry Mutants.

But alas, the unnecessary push for the InHumans continues at the Mutants expense.  Prior to this Marvel Event between our two combatants, the groundwork was laid by another event- Death of X which pushes the conflict between the two groups to the boiling over point.

To recap.... The InHumans have released the Terrigen Mist, the source of their powers, onto the general population creating new, and unnecessary Inhumans to pop up all over the world.  This is seen as a celebration by the InHumans, but the mist appears to be killing and/or making mutants sterile and the mutant population has dropped significantly.

Enter the mutant who everyone loves to hate and who hates everyone- Cyclops.  Cyclops sees the threat and wants the X-Men to respond.  A trip to Muir Island has disastrous results and without spoiling too much, Cyclops is dead and now Emma Frost is leader of the X-Men.

Xmen VS InHumans picks up at the conclusion of Death of X, as Beast, who had been working on finding a cure for the Terrigen Mist problem is speaking at the grave of his now dead, former friend and leader, Cyclops.  Beast, being ever pragmatic, believes there is no time left and there is no cure to be found for the mist and when he goes to speak to the other X-Men about this,  he finds himself in the middle of a debate on how the X-Men need to respond.

On the kick the InHumans ass side- Magneto, Wolverine, and Emma Frost( duh). On the lets be rational side, Beast, Rogue, and Forge.  Storm is the toss up vote and I'll let this picture explain where Storm stands. 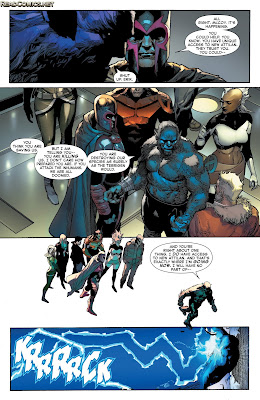 So the plan to defeat the InHumans is in place to take out the Royal Family before they know what hits them.  We get a special appearance from a mutant we have not seen in a long while and the book is the set up for the six issue limited series.

How we get to the end of this is not really important.  We all know that the X-books are not getting cancelled as many( including myself) hypothesized.  X-Men Blue and X-Men Gold will launch shortly after this mini-series ends. 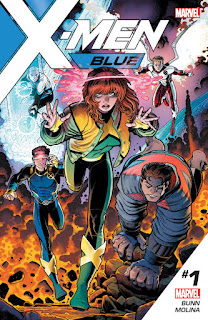 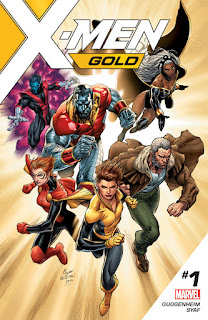 The InHumans are still going to be around after this as well.  We are basically reading to see what happens to the cloud.  I mean basically that's it, right?  I am sure some relationships will be damaged, but overall, what long lasting effect is this series going to have on either group?

As we talked on the Year in Comics review last night, Marvel has married themselves to these event books and its hurting their product for certain long time readers.  Even if you are telling a competent story, it often gets lost in the numerous side off books to get all the extra details and significant moments and which of us has the extra cash to be buying all these side books?

I am sticking with this series only because we have to talk about it on our podcast.  Overall, this was an ok jump on book to the series.  It set up the future books pretty well, but overall, its hard to get too excited about this.

Posted by Brothascomics at 5:43 PM