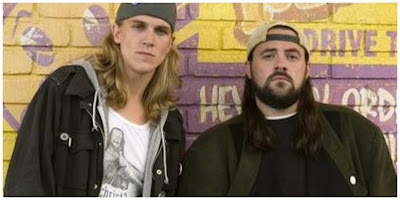 I had been struggling to come to terms with the news that Kevin Smith dropped a couple of weeks ago that he is in the process of writing another Jay and Silent Bob movie.  Another one!  As one of my Twitter followers said... "Didn't Jay and Silent Bob say enough"?

Jay and Bob to Return

In the article, Kevin Smith stated that one of the participants of Clerks is not going to participate so that killed the idea of doing Clerks 3( another bad idea).  I think we all can guess that actor,Jeff Anderson, who plays Randall in Clerks is the non participant.  He and Kevin Smith have had a rocky relationship since Clerks and it probably fell out again and you cannot do Clerks anything without Randall.

So instead of working through that or creating new characters, or something else, Kevin Smith falls back to Jay and Silent Bob.  Now look, his non View Askew stuff has been more misses than hits.  I liked Jersey Girl probably more than most people, but his most recent offerings have been way off the radar for me and most of the mainstream population.  I mean movies about people turning into a seal, Nazi hotdogs, and cheap knock off horror movies ain't gonna break any box office records. 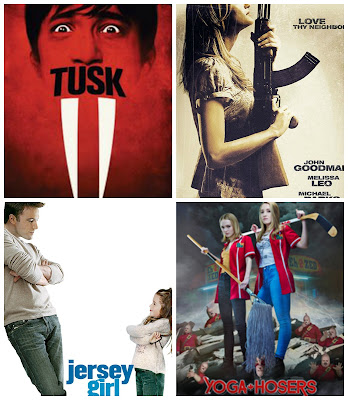 But those are his movies.  His non-movie related stuff has been doing well. I do not watch Comic Book Men but I know alot of people that do.  His work on directing episodes of the Flash and SuperGirl have gained raved reviews.  And when he can stick to a schedule, his comic book writing has generally been on point. 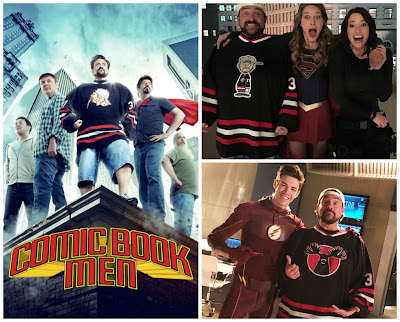 So why keep coming back to Jay and Bob? I know they are familiar and family, but the characters are relics of a time gone by.  Stoners and dudes who sale drugs( well white dudes) is not cutting edge anymore.  You can buy pot legally in many states now and getting pot illegally ain't really that hard.  Plus by age, Jay is in his 40's- Are we really gonna pretend that a 40 year old spewing obscenities and vulgarities and humping the ground isn't more sad than funny at this point?

The characters of Clerks should continue to live in comic book form and maybe a reboot of the criminally  underrated cartoon series.  But more live action Jay and Bob.... No thanks!

Posted by Brothascomics at 10:52 AM