What if Studio's just told the Truth 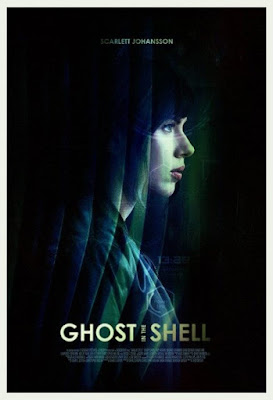 With Ghost in The Shell opening this weekend and after the travesty of The Great Wall, and the luke warm reception of Iron Fist, I was thinking, what if movie and television studios just decided to tell the truth about how they feel about Asian Culture?  It would be a radical departure from the talking points they send the actors out with to promote the movie/television show and it MAY even lessen the negative momentum of the show or movie before it premieres.  Lets look at it case by case!

Ghost in the Shell

Now I am not a huge fan of manga or anime.  I have actually never seen the original Ghost in The Shell or Akira, or any of those movies. Its just not my thing.  What I do know about them is from my brother or from reading articles associated with them.  I also know that those movies are largely based on Japanese culture and when Hollywood comes a knocking for one of those properties, its going to look to whitewash or it or appropriate it.

Ghost in the Shell is both.  It whitewashes the main character Motoko with Scarlett Johansson and it appropriates Asian culture in the aesthetic of the movie.  Yet it fills out much of the roster with non Asian characters.  A double No-No.  This has been brewing since she was cast and people have been upset about it.  Now that the movie is coming out, Johansson has to get out in front and tell the people who love Ghost in The Shell to give it a chance and that she would NEVER take a role from a person of color. Um, BISH you just did that!

What if, and I know this is some Earth 2 shit, what if the studio and all those involved were just honest.  A press release that acknowledges: 1.  Asian culture fascinates us almost on a fetish like level and we want in on that; 2. that we are looking to make the most money that we can off the property with giving any of it back to the people who inspired it; 3. We think we have a bankable white actress in Scarlett Johanssonwho white men and white women love; 4. We are scared to death of losing our phony baloney jobs by casting an Asian Actress here even tho it makes all the sense in the world.  PS. We really love money.

Would we all respect that? No. But it would be better than putting out the bullshit they try to have the actors sell. 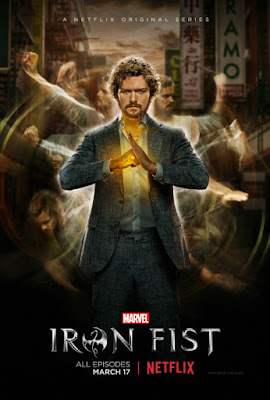 With Iron Fist, actor Finn Jones got all in his feelings when confronted about the White Savior trope that is Iron Fist.  He got so twitter mad he wound up taking his ball and going home by closing his account- Right before the series debuted on NetFlix.  Instead of putting him in that position or worse yet, Jessica Henwick, the actress who  played Collen Wing out there to defend this shit! A press release that acknowledges the issue may have helped: 1. Iron Fist was based on Kung Fu tv show with a white actor David Carradine; 2. We thought since he has always been white, no one would be upset by him staying white; 3. We all wish we knew Kung Fu and believe that white men can be the master of anything they put their mind to- even culture that has no relation to them; 4. We only view Asians as villains or caricatures;   5. We were afraid if we cast Lewis Tan as the lead, butt hurt white fan boys would not support the show and we would lose our phony baloney jobs.  PS. We really love money

Again, probably not satisfying, but better than what they put out there before the show premiered.  See Hollywood is stuck on the idea that they NEED a white person to sell their movie.  They may haggle a little on if its a white man or white woman, but to sell the movie to "Midwestern Americans" ie white people, they stuff a white person in there to make white people feel good about themselves.  And they have the nerve to call us snowflakes. 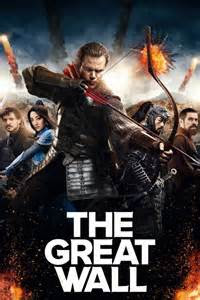 Case in point: The Great Wall, starring Matt Damon. The tried early to get in front of the white savior trope by saying they had "China's number one director". And they even filled out the supporting cast with Asian Actors/Actresses.  However, the marketing for the movie focused solely on Matt Damon and his awful ponytail.  Hell, they shoulda sold us on the Dragon( spoiler alert).  Before the movie premiered, they should've crafted a nice press release acknowledging the bullshit: 1. We are infatuated with Chinese mysticism and think most of your stories about China are steeped in that; 2. To make this movie huge, we need a white actor to put on the poster so white people will come and see it; 3. We'll even cast an Asian women hoping that will shut down talk of racism and sexism; 4. We really love Dragons; 5. We're scared to cast an Asian lead here because white people may not support the movie and we will lose our phony baloney jobs. PS We really love money!

Time and time again, people of color are sold short on our ability to support quality entertainment( movies, tv, music).  That is coupled with white being the default for success and the standard for excellence.  And its topped with the obvious racism of making movies with the express hope that white people will support it or not support it.  Its insulting and its been proven time and again that diversity in film and tv works( if the work is quality).

So if you don't want to put Asian or Black people in movies and TV shows... don't.  But lie about your motives behind it!

Posted by Brothascomics at 11:41 AM