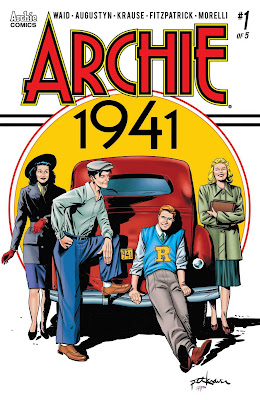 One consistent thing about Archie comics is its ability to take chances with their characters and their books.  Between the horror series, time jumps, and alternate realities, Archie Comics loves to place the Riverdale Gang in new and different situations. And since Archie doesn't really follow any real continuity, killing Archie or having him marry Betty and Veronica in two different timelines has no real affect on the characters or the readers. 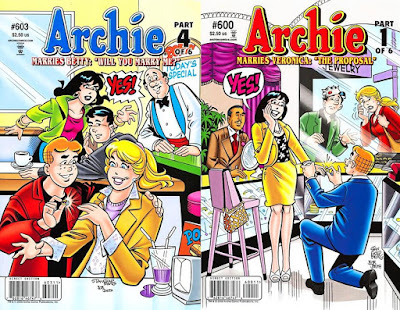 The newest incarnation is Archie 1941- a book written by Mark Waid, who led the latest Archie relaunch three years ago by taking Archie and friends and placing them into modern society while telling stories that were relevant of today's teenagers. 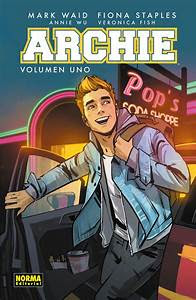 This latest time jump book has a history as well. Throughout the 90's and 2000's. Archie comics has gone back in time to eras with the Americana series that set the books in the decades of the 70's, 80's, 90's and so forth.  These short lived run of Archie comics that told stories reflective of the times and its fun to see Archie folks in fashion of the time and using slang and references from the time period.

Waid and company has gone even further back to 1941... a time in Riverdale before the United States has gotten involved in World War 2.  Archie and the gang has just graduated high school, but Archie is not his typical self.  His happy- go lucky self has been replaced by brooding and it has his friends worried and his dad furious that his son seems too lazy and unfocused. 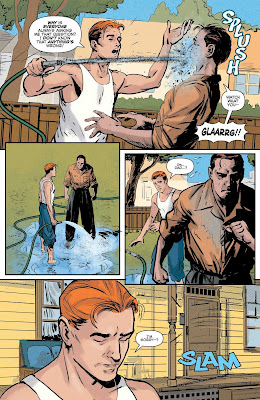 But Archie's real trouble is not the uncertainty that faces many high school graduates.  His troubles are the coming war.  The book drops subtle and not so subtle hints about the war in Europe and Archie feels compelled about what his role in the coming conflict is. 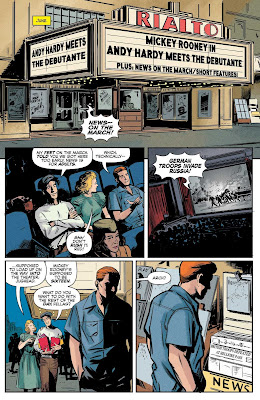 As always, Waid tells a great story, while making you care about these characters and their lives. I do have one bone to pick, tho.  There are two references to Black characters in the Archie verse.  At graduation, Mr. Weatherbee calls Chuck Clayton's name.  And a later scene at the beach, Valerie is seen hanging with the gang. 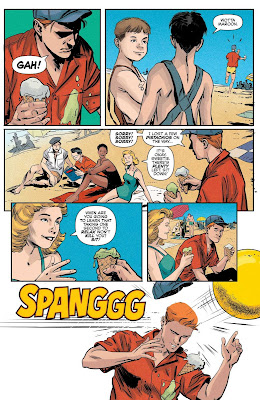 Riverdale has always been set in this non-specific place in America and 1941 is no different. However, since you are placing the characters in such a highly visible and historical era, there should be some grounding of the story in facts.  In 1941, this country was still highly segregated.  There is no way, place or how that Val could be at the beach with a group of white kids.  Plus, Chuck would not be in an integrated school.  I'm being nit picky, but that came off as kind of tone deaf of the moment just to get Chuck and Val into the book.

Outside of that, fun look at the Riverdale Gang and I look forward to seeing how this series develops.

Posted by Brothascomics at 10:45 PM