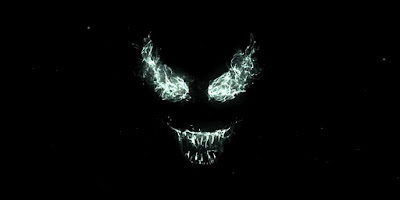 The contributors at Brothascomics have a few trends that have been consistent in the 3 years the blog and podcast has been up.  We think Will Smith is problematic, The Gambit movie should never be made, and we are not sure why Firefly is/was a thing.

But one of our other consistent beliefs is that Sony has/had no idea what they are doing with Spider-Man since Spider-Man 2.  From Spider-Man 3 through both Amazing Spider-Man movies, Sony has been consistently eroding all the goodwill from the franchise in their attempt to make some MCU money.

Thankfully Marvel stepped in and helped them with Spider-Man and with their help, we have a fun, relatable Spider-Man/Peter Parker in Tom Holland and it looks like Spider-Man is in good hands.  Sadly, tho, Sony still owns all the ancillary pieces of the Spider-verse and over the years, there have been threats of movies with Sable and Black Cat, Morbius, the Sinister Six, and even Kraven the Hunter.  Sony has taken to the idea that Spider-Verse characters don't actually need Spider-Mn( yet) and they can build their universe without him.

First up in this series is the Venom movie. Without going into the long history of Secret Wars and how the symbiote relates to Spider-Man, the movie jumps right in with a dark, private organization run by Riz Ahmed whose company discovers the ooze on one of its space missions and brings it back to Earth.  In this universe, Eddie Brock lives in San Fransisco( which looks alot like Atlanta) and is an investigative reporter known for breaking huge stories. His attempted expose on The Life Foundation, run by Carlton Drake( Ahmed) gets him fired from his job and helps him lose his fiance, Anne, played by Michelle Williams.

As his life falls apart around him, Jenny Slates character, Dora, reaches out to Eddie about the foulness going on at The Life Foundation.  She sneaks Eddie into the facility and he  is infected by the symbiote and becomes Venom( the symbiotes name is Venom and has come to earth with other symbiotes to take it over).

If you watched any of the trailers, you have seen alot of the movie that involves Venom.  The movie to me, suffers from how serious it wants to take itself.  The violence in some instances is not gory, but clearly violent; yet it makes jokes that only 12 year olds would laugh at continuously throughout the movie. Like for real, the jokes are really bad and really corny. This gives the movie an uneven flow and to be honest, Tom. Hardy really just mumbles and bumbles his way through this entire movie.  Additionally, the special effects are not all that special- especially in the last act of the movie when Venom and Riot fight.

I have heard people compare Venom to a phase 1 MCU movie and I am not sure how fair of a comparison that is.  Phase 1 movies introduced characters and their journey to being a hero, Venom doesn't really do that. It introduces the character and throws some stuff in there to fill the time until we get to the Boss level scene. You don't really see Eddie or Venom evolve or his heroes journey.  Its just scenes put together to make a movie with no character development and we just have to accept that Venom is a good guy now  A more apt would be a movie like Daredevil- the one with Ben Affleck.  A movie where some kinda cool stuff happens, but overall, its just meanders until he fights Kingpin at the end.

Overall, I see why Sony went with Venom.  He is a popular character in comics and has hashed out a name for himself in comics without Spider-Man. The movie has made a ton of money and Sony is going to now be drunk with the idea that Venom 2: Electric Boogaloo will be a good idea and will probably get to green lighting some of these other projects. And I am not totally opposed to all of them... as long as Spider-Man is involved.

Posted by Brothascomics at 8:04 AM