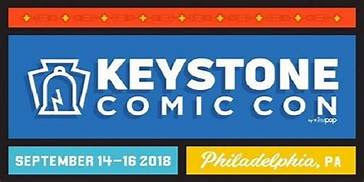 This September I had the opportunity to attend the inaugural Keystone Comic Con at the Philadelphia Convention Center. Considering this was my first official comic con adventure the introduction was incredible. Their were numerous panels, attractions, and vendors that made the entire place full of both new and classic nerd culture.

The Con was divided into several sections throughout the Convention Center. The main stage was on the third floor away from the vendors and the lower level the gaming zone. This made it so the event was not over crowded.  While the con covered three floors of the Convention Center it was extremely easy to get around due to both their programs and a kick ass app sponsored by Webtoons.

The main floor is contained an Artist Alley, the Live Stage, cosplayers, and vendors. In the cosplay corner, you could go take pictures with cosplayers and get advice about cosplay and constructing costumes. Next to the cosplay corner was artist alley, where you could see various pieces of original fan art as well as commission  an original art piece. The Live Stage hosted the cast from The Office, music, and comedy.  This place even had live wrestling!
Note to self: Make a budget before you attend a con!  I wanted to buy all the things.  You could purchase everything from custom costumes, tiny hats, comics, games, toys, and nightmare inducing teddies.

The Gaming Zone had to be one of my favorite parts of the Con.  The zone included about 50 different screens running games for Nintendo, Playstation, and Xbox.  There both classic and current games available for play.  Some of the featured games included Mario, Donkey Kong, Just Dance, Street Fighter, Mario Kart, Tekken, Smash Bros, Rock Band, and Dragon Ball FighterZ.  There is something about dancing and singing at the top of your lungs in a room full of strangers that is just unforgettable. 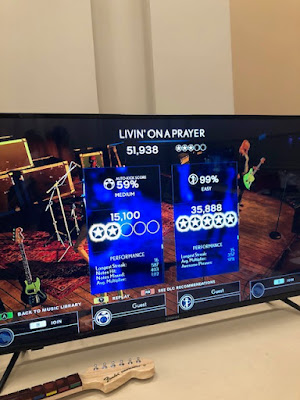 Another highlight, was attending a panel with the legend,  Frank Miller. It was amazing to hear the stories behind The Dark Knight, Sin City and The 300.  The moderator was very knowledgeable about Miller’s career  and constructed questions the dove deep into his career and gave the audience a good amount of time to ask questions. Additional panels featured the cast from The Office and True Blood and talents such as John Barrowman, Ray Park, and Catherine Tate. 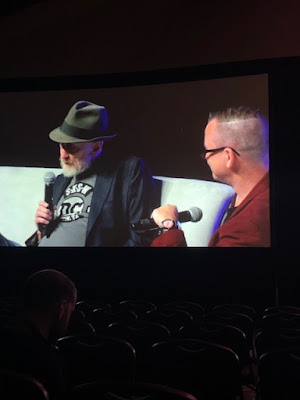 Keystone Comic Con was well-run for a first-time convention. There was an abundance of volunteers to assist patrons.  Effort was made to consider inclusion for all fans by including such things as a Family Zone and an explicit harassment policy.  The organizers were able to get sponsors for many of the features of the Con such as lanyards, programs, charging stations, an app. The nerd community made the entire event feel amazingly fun and unique. Keystone Comic Con is great addition to the comic con landscape.  I plan to return August 23-25 2019! 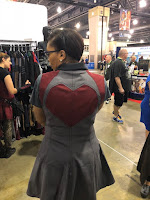 Posted by Brothascomics at 5:44 PM