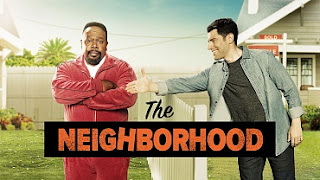 The pilots main joke is the assumption by Calvin that a family with the last name Johnson and moving into this neighborhood would be Black.  Of course, they are not and we get all the typical, lazy jokes that come with a CBS sitcom.  The jokes are stale and unfunny and are a true waste of the comedic talent of the cast.  Sitcoms that have tackled race in the past were able to take chances to talk about race being edgy to expose bigotry and prejudice.  Not this show.  It takes general themes of race relations and sets them to a laugh track ( Black women wear wigs? White people don't use wash cloths?)

Much like the sitcom, Happy Together, starring Damon Wayans, Jr, this show feels like a forced attempt by CBS to diversify their sitcom lineup which has been overwhelming white for years.  Instead of taking a chance tho and booking smart, well written shows, they have taken the lowest common denominator route and have a simple show for simple minded viewers.

I like Max Greenfield and Cedric and most of all I like Tichina Arnold who plays Cedric's wife.  The potential for this show, based on the talent involved, could actually be something special.  It's not!  I wont be visiting this Neighborhood again.

Posted by Brothascomics at 9:31 AM