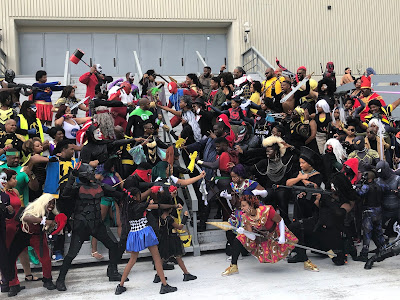 Over the past five years, the Black Geeks of DragonCon has hosted a meet up for the Black Cosplayers at DragonCon to show off their outstanding cosplay and to hang out and enjoy Black excellence in cosplay.

For several years, I  have not been able to attend; usually because my kids were too young or I was hosting a panel at the time of the meet up.  This years, I made the time in my schedule to make sure my son and I attended the event.

One of the things Brothascomics has preached since our inception was inclusion and diversity in nerd/blerd spaces.  Having covered many cons over the past few years, DragonCon is the ONLY con that creates this safe place for cosplayers of color to express themselves and their creations amongst like minded people.  The BlackGeeks of DragonCon should be commended for this; as well as the organizers of DragonCon for recognizing the uniqueness that DragonCon brings to Black Cosplay.

This event is now in its 5th year.  Its keeps growing and growing.  We now see all genres of geekiness from comic books, to Game of Thrones, to Harry Potter, and all sorts of anime and manga.  Plus, movies celebrating Black cultures such as US and The Last Dragon have continually helped show the influence Black people have on nerd culture.

The photo shoot was like family!  Lots of hugs and props for people who have put their time, sweat, and money into the thing they love and getting the respect from those who deeply appreciate all they have done.

It was an event I will remember for so many reasons.  For meeting folks I have only communicated with on line, to seeing my sons face light up to see so many Black heroes, and also because it was such a beautiful day.

Enjoy the collages below and feel free to listen to my recap DragonCon podcast in the link below!  I cant wait to see what next year brings!!! 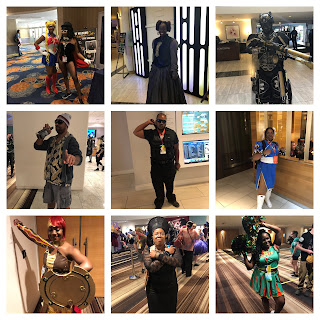 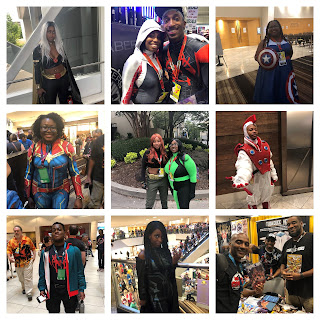 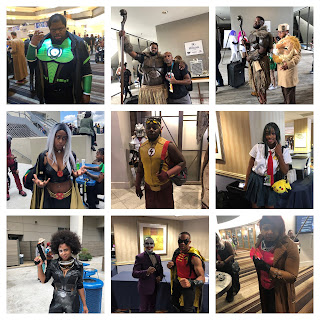 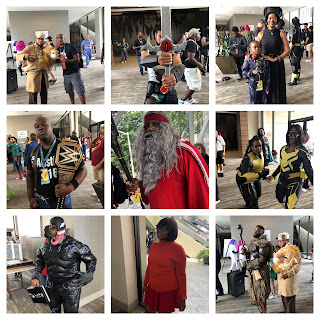 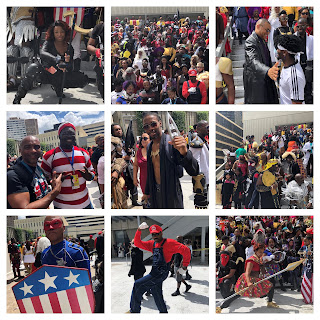 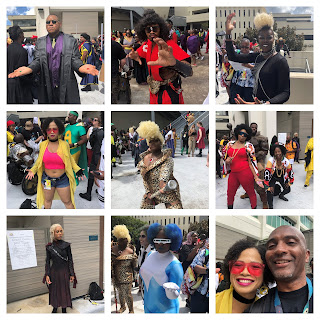 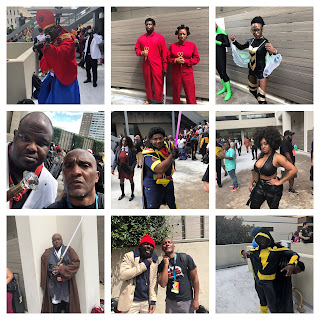 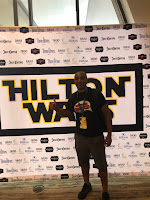 Posted by Brothascomics at 5:13 PM