Coronavirus, Sports, and Me by Big Hutch

Coronavirus, Sports, and Me

I am the only person on the planet that didn’t watch Tiger King. I try my best NOT to Keep Up with the Kardashians. What I miss is the competition provided by sports.  March was not the same without the Madness of the NCAA Basketball Tournament. April’s Master’s Golf Tournament with the real Tiger King, Eldrick "Tiger" Woods was postponed until November 12 -15 2020.

So, what does the present and future hold for sports in the United States and around the world during a global pandemic?  I’ve been watching old football games on the NFL Network. The local Sports Talk radio station in Atlanta, 680 the Fan, is simulating the 2020 Atlanta Braves regular season on their YouTube Channel until Major League Baseball starts the real season in July? The Braves are 36 –21 but Ronald Acuna Jr. is only batting .240 and Freddy Freeman is on Injured Reserved. I hope the real-life Braves win the East and make it the playoffs. I predict the Los Angeles Dodgers will beat the New York Yankees in the World Series.

The NBA is drawing up plans to either finish up the 2020 regular season or start the playoffs by mid-July 2020. Atlanta Hawks’ Superstar Point Guard Trae Young participates in Playstation 4 NBA 2020 celebrity tournaments versus other NBA players. He is a better player in real life. I think the Milwaukee Bucks will play the Los Angeles Lakers in the Finals. Lebron James dedicates his MVP to Kobe Bryant and wins his fourth title.
In Tennis, Wimbledon has been canceled and the French Open is trying to get their two weeks of red clay matches in by early October. Will 12-time French Open Men’s Champion Rafael Nadal boycott the event?  What about 38-year-old Serena Williams trying to win one more Women’s Grand Slam title before she calls it a career?
The 2020 Summer Olympics were postponed until 2021 in Tokyo, Japan. Will athletes have to requalify? American gymnast Simone Biles might retire. What about the U.S. Men’s Soccer team? We will have to wait to see what happens.

Now the National Football League just completed its Draft. They get to watch the other professional leagues try to play meaningful games with either very few or no fans. There is no such thing as Social Distancing when you have a pile of grown men diving on top of each other for three hours.

College Football also has the same problems and amateur student athletes trying to show their skills so they can get paid in the NFL. University of _ichigan President, Dr. Mark Schlissel, an immunologist, says that his school will not have a football season until on-campus instruction is permitted. Even though I HATE scUM, I actually agree with him. I also acknowledge that College Football finances several other sports on campus, but safety should be made priority. Go Bucks !! 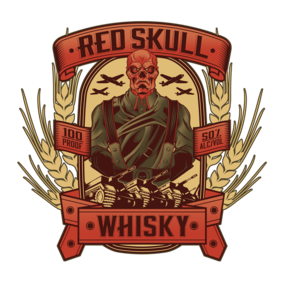 Posted by Brothascomics at 1:39 PM