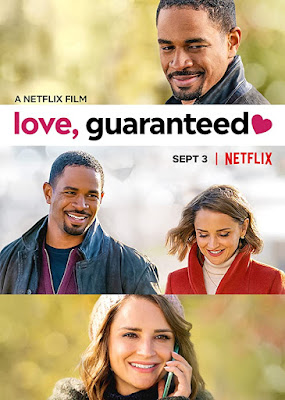 Throughout the 80's, 90's, and the early 2000's, the romantic comedy, or rom com was a stable of the movie going experience.  While Arnold, Sly Stallone, and Bruce Willis may have dominated the cineplex with their mindless violence and explosions in their action adventures movies, Julia Roberts, Meg Ryan, and Sandra Bullock offered counter programming with stories of laughter and love all wrapped up in around 90 minutes. 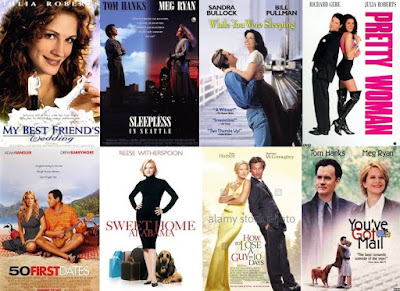 Then something happened... I cannot pin the exact time, date, or event, but the rom-com ceased to exist.  The action adventure movies morphed into our superhero/ sci-fi fantasy and dudes like Stallone and Arnold became dinosaurs and their movies; while still made, became extinct at the box office.  But sadly swept in this new wave of super hero and fantasy flicks was the traditional rom com.  Julia, Meg, and Sandy B aged out of the roles and women centric comedies went the route of the men's buddy comedies with groups of women getting together, partying, and having wacky adventures like the men.

So what happened to the romantic comedy?  Granted the new crop of actresses for those roles were nothing like the holy trinity of Julia, Meg, and Sandra Bullock, but they weren't so bad as to kill the entire genre.  And please don't tell me there is no market for these movie.  Hell, Hallmark, Lifetime, and ABC Family run weeks long Christmas romantic comedies every year and they are watched over and over by millions of people( me being on of them). 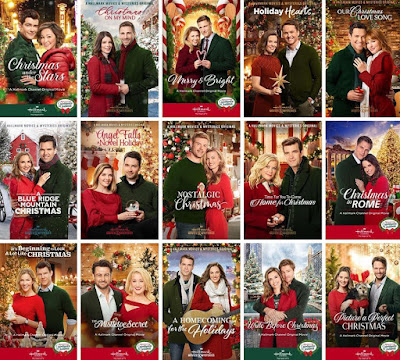 Now the romantic comedy has been shifted from the big screen to the small( streaming) screen and taking the genre and running with it is Netflix.  Every few weeks I will receive an email from Netflix saying, "Hey you might enjoy this movie" and its a new romantic comedy ready to stream. And that leads us into Love Guaranteed; a romantic comedy starring Rachel Leigh Cook and Damon Wayans, Jr.

Now when that email came in, I definitely had a pause because I hadn't seen or thought of Rachel Leigh Cook in many years.  Granted I watched all her teenage movies from the late 90's and early 2000's and was a fan.  Plus, she played Josie in Josie and the Pussycats and that movie is a guilty pleasure for me.  And Damon Wayans'.... There are some things I love him in; primarily Happy Endings and The New Girl.  In those moments, when he is not over acting  he is funny and charming and I enjoy him very much.  Putting them together- I was a bit skeptical, but was going to watch anyway and I am glad I did. 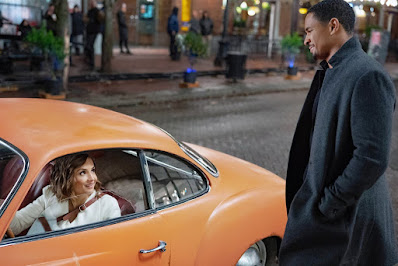 Well in Love Guaranteed, we get that version of Damon Wayans' as Nick Evans, an occupational therapist living in Washington state. Wayans' is oh so very charming in this movie starring as a man who is looking for love through an on line dating site, called Love Guaranteed.  He discovers a loophole in the sites contract that states he is guaranteed to find love, but he must go on at least 1000 dates.  As he is getting closer to that number, he wants to file a lawsuit against the company and he needs a lawyer-enter Rachel Leigh Cook as Susan Whitaker, a lawyer with a heart bigger than he retainer, who has been taking pro-bono cases and is struggling to keep her small law firm afloat. 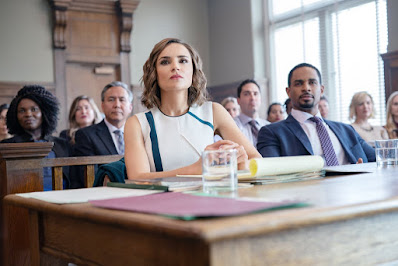 This is a classic rom-com set up.  Bring two people from opposite points of view, blend them together in a situation where they get to know each other, watch the sparks fly, have a moment of doubt, and then put them together and roll credits.  Love Guaranteed has the gay best friend, the wise old man, and a court scene; all rom-com tropes.  Is this paint by numbers?  Yes its paint by numbers and that is the point.  Romantic comedies exist to see the potential of a couple and what brings them together in those 90 minutes.  They are meant to be a bit cheesy, but more than anything, they are meant to be funny and hopeful as people searching for relationships can feel that their special someone is out there.  Or for people already in a relationship,  to see the crazy things people will do to fall in love.

Love Guaranteed is not a perfect romantic comedy, but its a very solid one.  You have two great lead actors who have chemistry and attraction and you can see and feel how these two people would fall in love with one another.  Its a great date night movie for couples to watch on Netflix or for friends looking for something to watch on Netflix.  Highly recommended! 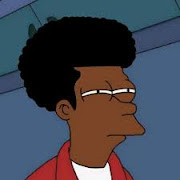 Posted by Brothascomics at 8:54 PM