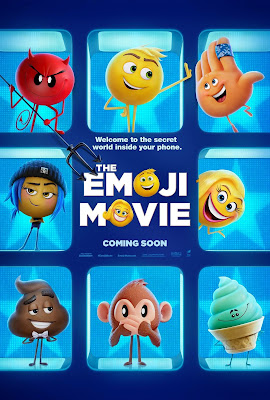 One of the many things they do not tell you when you become a parent is how much of your personal free time you have to give up.  Yes, there are the constant dances and games and practice you have to truck them to, but there is a more sinister time thief than extracurricular activities.  That time thief is your television and movie watching.

You see now that you have kids( if you are a responsible parent), you are forced to watch children's television and movies whenever you spend time together as a family.  As much as you would like to watch Logan or Deadpool, exposing your child to that much violence and sexuality is a good way to get DCFS called on your lazy parenting ass.

As my kids have gotten older, I have progressed from watching Cailou, to the Backyardigans, to the Little Einsteins, and Doc McStuffins.  More presently, they ( and I ) are watching Teen Titans Go and Spongebob.  As a parent, you watch most of this stuff with an eye on the clock waiting for it to end so you can send them to bed.  Your other eyes checks for the show and from time to time there is an adult laugh to be found on these shows made for children.  Really, as a parent, this us one of those harmless sacrifices you have to make to be a parent.

All that being said, when my daughter asked me to watch the Emoji movie, I really considered taking her down to the adoption agency( just kidding..mostly).  I had seen the stupid low score on Rotten Tomatoes and I had seen the commercials- which really just focused on the poop emoji.  My thought that someone pitched this movie idea AND the movie got made was literally beyond my levels of comprehension.   We  live in a world, tho where an Angry Birds Movie made money and soon the Rock will be starring in a movie based on Rampage the video game so nothing should surprise anyone. Sadly, Daddy's girls can get their Daddy's to do damn near anything so I carved out time for she and I to watch this movie.

Truth serum up front... I did not pay money to see this movie.  That is all I am gonna say about that.  The movie itself...its as bad as the reviews say... maybe even worse.  The movie revolves around the meh emoji and his first day at work as an emoji.  Emoji's are only to express their one characteristic- yet our star can express multiple emotions like he is a glitch in the system.  The movie borrows this concept heavily from the Bee Movie but just awfully.

Of course, something goes wrong when the Emoji is called upon and the phone glitches and the rest of the movie is spent  with the Emoji trying to make things right.  Pretty much every smart phone cliche is used from a character named Jailbroke who is free of the system, to stops in the delete folder, riding sound waves across Spotify, Spam slowing the Emoji's down, and Bots chasing the heroes.  In the hands of creative people, there is probably a smart movie to be made about emoji's, but this movie goes for all the low hanging fruit for jokes and even the obvious ones are still not funny.  There is no real heart or emotion you often get with other Disney or Pixar movies.  Each attempt to make you even think about caring is drowned out by more unfunny jokes.

Its really just an unfunny mess of a movie that should've never been made.  Yet the movie made money and why is that?  Because Parents love their children. Parents will pop popcorn with their 11 year old daughter and sit and watch this awfulness out of love for spending time with their child.  Its a sacrifice that must be made.  My daughter is never going to remember this actual movie, but she will remember that I took 2 hours out of my schedule to sit and watch it with her.

Overall, I would give it 1/2 star.  There are no jokes in that movie that will make adults laugh and very few that will make kids laugh.  Just flat out terrible all around.

Posted by Brothascomics at 2:41 PM