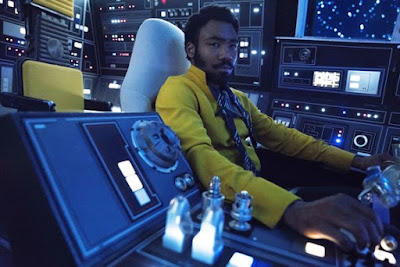 I took the day off from work today so I could relax.  I got up, got my kids off to school and sat down to watch Rogue One.  As I am watching the movie, I checked my Twitter( @brothascomics) and see this article from the Mary Sue concerning Lando and his sexuality.  I paused my movie and read the article and now I am furious on my day off.

Screenwriter of the Solo, ( really this is a Lando movie as no one even cares about the actor playing Han Solo) Jonathan Kasdan stated in an interview that Lando is pansexual and that the portrayal by both Donald Glove and Billy Dee Williams belies as such.

Now alot of straight, cis Black Men are going to go off today when they see and read that article and qoute.  Their primary reasoning being their perceived perception of the femiminzation of Black males in media.  And maybe there is a discussion to be had about that, but its not the bigger issues with Lando being pansexual.

To me the biggest issue is that Empire Strikes Back and this Solo don't really show any real evidence to the fact of Lando being Pansexual.  Sure there is a line in the movie where a droid tells Lando to stop flirting with Han and he calls Han adorable but word? That's it?  We gonna make this leap that Lando is Pansexual based on two lines?  But even bigger than that, why not make it explicit that he is Pansexual and not tell us after the movie has premiered in an interview to promote that movie?

There have been 10 Star Wars movies now and in this galaxy far far away, there has never been an explicity queer character.  It was hinted and implied that Chirrut and Baze were lovers but they never really said it until after the movie came out.  So the Star Wars Universe can have humans,  Jawas, Ewoks, Mandalorians, Jedi's and Sith and Droids with human personality, but nobody can be Queer until after the movie comes out? That seems kinda suspect on Disney's part. 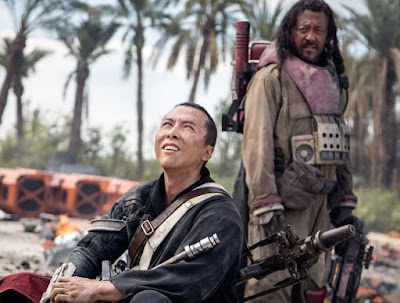 Plus, to say nothing of the fact that in the past when people asked about Luke's sexuality, the Star Wars people were never forthcoming about his Luke's sexuality.  But, one of the few Black men in the entire universe- "oh no, that nigga he is definitely Pansexual" playing into a racial stereotype of Black men being overly sexual people.

I am all for more representation on all levels of sci-fi and fantasy.  Its long overdue! And I am totally fine with Lando being Pansexual in this movie and potentially his solo movie that is rumored to be in the works.  But for the love of Pete, allow him to be Pansexual.  Let him say he is Pansexual don't just play semantics with his words after the movie comes out.  Show that shit  and say that shit IN THE MOVIE!

Posted by Brothascomics at 11:07 AM