Even Bad MCU Movies have some Good Parts 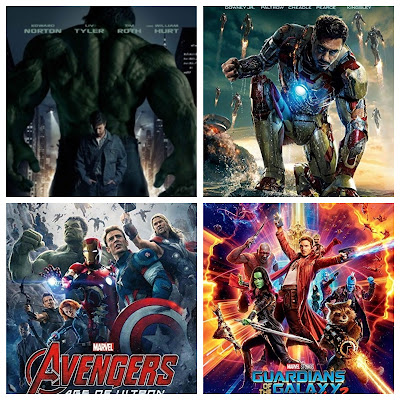 It’s easy to be a critic. The level of effort required to create something – anything – compared to the level of effort to criticize something is no comparison at all. I feel compelled to say this to make myself feel different from all the other a-hole trolls behind a keyboard (a-trolls? That could totally be a thing.). It’s from that sentiment that this piece emerges, sort of a corollary to the adage, “If you can’t say something nice, don’t say anything at all.”


At Brothascomics.com, we’ve dissected the MCU over an over. Praised and ripped, ranked and sorted. I think there are some truly great movies in the MCU. I think the majority of them are not great, but they are perfectly fine, enjoyable movies. We all have our favorites, but the bottom of the ranking is pretty consistent amongst us. There are movies that I don’t like and that doesn’t necessarily make them bad movies. I wanted to go back and find the goodness if I could.


My bottom four (in order of release to keep it simple) are The Incredible Hulk, Iron Man 3, Avengers: Age of Ultron, and Guardians of the Galaxy Vol. 2. Let’s get into it. 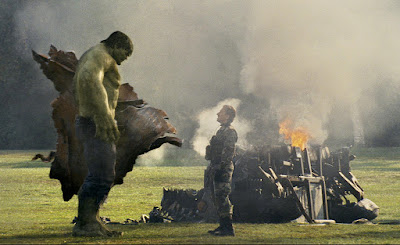 The Incredible Hulk – By the time Marvel’s The Avengers came around, Marvel Studios had figured out that despite being the strongest there is, the Hulk works way better as a supporting character than a lead. Without that lesson, we get another Hulk movie and we are still stuck with the not particularly likeable Betty Ross and the not at all appreciable Thunderbolt Ross. This time, we at least get a villain that appears in the comics in Abomination instead of a character that is kind of like a comic villain in the Absorbing Man-esque version of David Banner that we got in Hulk. There is a tease of the Leader that we have to accept that we will regrettably never see payoff. Of the four movies that I didn’t like, this is the one I didn’t have to re-watch to figure out something I liked. I distinctly remember, sitting in the theater and watching Emil Blonsky, after receiving his first injection of the discount Super Soldier Serum, sprinting across the battlefield, popping off some sweet acrobatics and staring down a threat way above his power level. Obviously that didn’t go well for Mr. Blonsky, but I remember sitting there thinking, “Holy shit, this is what it’s going to be like to see Captain America on the movie screen!” So for The Incredible Hulk, the thing I like is the ties to Captain America and our first glimpse of a Super Soldier in action. 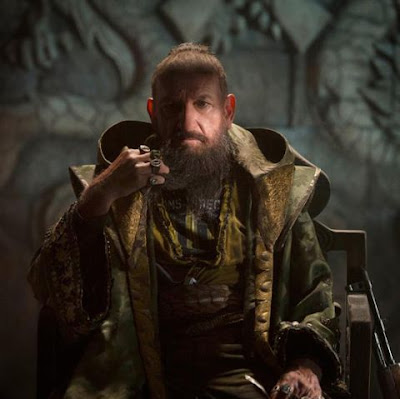 Iron Man 3 – The third Iron Man movie is the seventh movie in the MCU. You cannot take away from what Robert Downey, Jr. did in Iron Man to set the stage. If that movie bombs, we have a DCU situation on our hands. But it didn’t. Iron Man 2 gets a lot of hate, but I put it in the perfectly fine category. Iron Man 3 though … not good. We get lots of Tony Stark out of the Iron Man armor. We get a kid sidekick. We get an A.I.M. reference with no real payoff. We get inaccuracies in the computer hacking scene with an Internet Protocol address displayed on screen that clearly violates every Internet Engineering Task Force standard. Ok, clearly that third one is not going to bother everybody. Anyway, it sure seems a lot more like this is the movie that Shane Black and RDJ wanted to make, comics be damned. The part that I liked may seem like a cop-out, but I really like the Mandarin. Mandarin is a Fu Manchu-esque villain that is inherently problematic in 2013. The shift to a more general terrorist theme is interesting enough before we get the swerve (wrestling term) that Trevor is a deeply flawed actor fronting for a much less interesting villain. Iron Man purists were probably pissed, but only if they are racists. 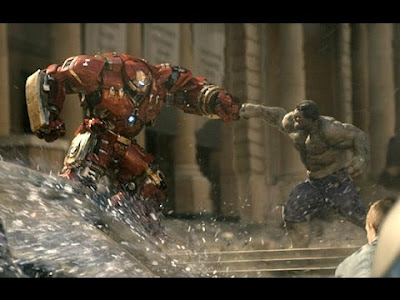 Avengers: Age of Ultron – We talk about the Batman Begins effect, where a passable movie seems that much better when it follows a truly terrible movie. I think there is definitely an Avengers effect, where a surprisingly great movie lends creative control to a filmmaker who neglects the lessons imparted by Uncle Ben Parker. If I have to elaborate that lesson, you clicked on the wrong link at some point. This one gets a dose of studio meddling that normally hits the end of a trilogy. We get a shaky CGI re-creation of the panoramic scene of Avengers assembling that seemed way more organic in Marvel’s The Avengers. We get a big F. U. to the Marvel Television Universe as Hydra gets squashed (wrestling term) despite being the big bad of Agents of S.H.I.E.L.D. We get a poorly cast voice actor for Ultron. We get the totally surprising (sarcasm) death of Quicksilver. The whole farm sequence, which by most accounts was the major sticking point between the director and the studio, completely derails the character of Hawkeye. MCU Hawkeye sucks and it would have been better to just leave him out than to try and work him in at the end. There, I said it. You might think I would cite “Cap nudges Mjolnir” as the thing I liked, except the movie takes a dump on that when Vision tosses Mjolnir around like nothing. What I did like? The Hulkbuster sequence. I am not a huge Hulk or Iron Man fan – comics or movies – but that sequence was great. There are times when we get a comic book on screen. This was one of those times. “Go to sleep. Go to sleep. Go to sleep.” That said … Hulk probably would have still one that fight. Guardians of the Galaxy Vol. 2. – Remember that discussion of the Avengers effect? I present to you, Exhibit B. I absolutely hate Baby Groot. The soundtrack is way worse, and I loved the soundtrack from the first one. The humor of Drax seems forced. Everybody goes through the same story arc with some form of Daddy Issues. A scene chewing villain is never the answer. (Side Brotha topic – I’m going to allow an exception for Cate Blanchett as Hela, and I can’t elaborate without committing text to the internet that I will come to regret). I didn’t like this movie when I saw it and when I re-watched it, I liked it even less, so much so that I am willing to consider this as the worst movie in the MCU. My initial thought of what I liked was the Sovereign: the supposedly perfect race that was so clearly flawed, they had me chuckling at a number of points. But … I think there are about six people credited as Sovereigns and the one person of color that is credited is the “Sovereign Chambermaid.” I may very well be wrong about the casting and crediting, but if the people of color are still subservient when everyone has gold skin, then there is still a problem in the galaxy. I kind of like the scene when Rocket springs a trap for the Ravagers. If you thought I would like the reference to the OG Guardians (which technically exist in a future not yet covered by the MCU), then you would be wrong. Casting Stallone to satisfy some Tango and Cash fetish and calling him Starhawk by giving him some shoulder pads when he looks way more like Major Victory which is the way worse incarnation of Vance Astro who has a storyline that is at least as complicated as Cable from the X Men … that earns you a STFU. So, what did I like? I guess the best way I can end this piece is to channel THE most electrifying man in sports entertainment: “It doesn’t matter what I like!”
Brother Beavis

Posted by Brothascomics at 1:34 PM