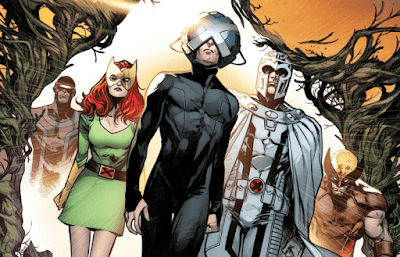 Going in, let me just say that I am not a huge fan of all the reboots of comics.  Its not a continuity thing. Its a, " these books need direction and you hamper creative when they know the book could be done in two years" thing.

Regardless of that, I love the X-Men. I have been here for the reboots and bought several new #1 issues against the wishes of my wife and my wallet.  At San Diego Comic Con this weekend, new X-Men savior, Jonathan Hickman unveiled the new slate of books so I am gonna give you my initial impressions with the limited information that we have about each book. 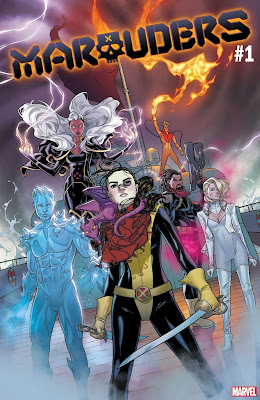 The team is interesting but the concept of mutants on the high seas searching for other mutants seems kinda far fetched.  I mean in a world with cerebero, high tech planes, and the internet, why are mutants being pirates.  Kitty is front and center which makes me think she is the leader of the team which I hate.  Storm is on the team and not the leader, deferring to Kitty again like she did in X-Men Gold and I think that is BS. And this push of having Emma be a "hero" needs to end.  Let her be the villain she is and stop the charade; especially since it appears her relationship with Scott is over.  And a pirate book without Nightcrawler? Cmon son?! 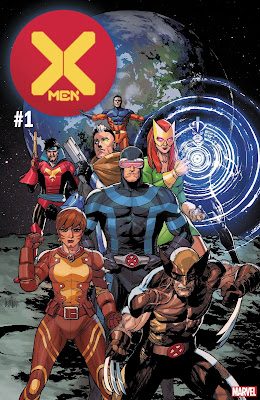 Its a Summer's Family Reunion ya'll…. Its interesting that the mainline X-Men book is the Summer's family and Wolverine.  Its an odd group to say the least and it appears this may be space based with Corsair being on the team.  Rachel Summers/Prestige is back which I am not a fan of.  Jean is back to Marvel Girl and in that old school costume which seems a bit dated.  This book probably interest me the least of the bunch of them.  Why bring Scott back to then ship him off into space.  Plus Scott and Alex on the same team? Basura!

By Tini Howard and Marcus To 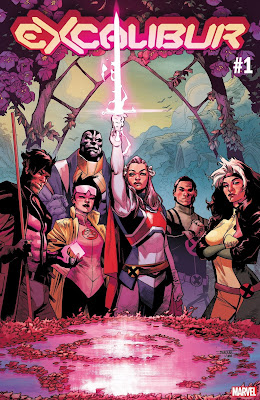 I would be so much happier with this is Apocalypse was not standing back there.  New Captain Britain..awesome.  Mr and Mrs. X back on an X-Team.... perfect.  I never liked Jubilee but whatever.  But Apocolype…. really?  So no more culling the weak?  No more being a bad guy?  Now he is the muscle on a team of mutants that need a big guy?  Kinda weird.  I will read it but I definitely don't understand the purpose.

By Benjamin Percy and Joshua Cassara 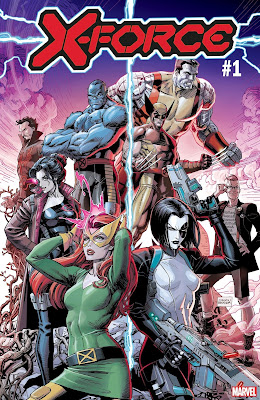 This book was probably the one I was most excited about because the teams seems the most interesting.  Jean Grey makes her second team call but with Domino co-leading.  You get your muscle with Colossus and Wolverine makes his second team appearance as well.  Black Tom?  Kinda an odd choice but this team looks very interesting. 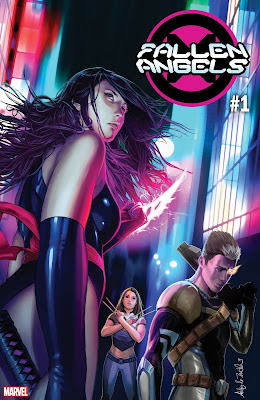 I don't got much here..... I see that Psylocke is back and we get rid of Kwannon.  But young Cable is here even tho old Cable is on the Summer's Family Reunion team.  X-23 is here and its very surprising that she is not on one of the X-team books.  Gotta wonder if Honey Badger will also be a part of this.  Not feeling this one.  Feels very much like a mini-series, not a monthly book. 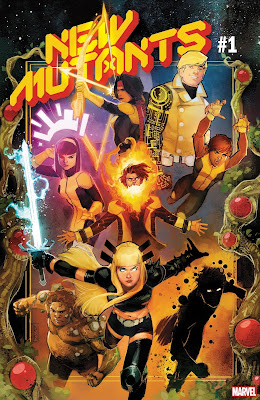 Historically, I have never been a fan of the New Mutants.  Over time, even tho these kids are old as hell and should be the Old Mutants, they have grown on me.  Its funny that most of the team was killed by Rosenberg in his Uncanny run which kinda weakens the impact of his run from an emotional and continuity point but whatever.  I like this team and adding Chamber gives it more of an edge.  Will definitely cop this one.

Overall, I am still a bit skeptical.  This is a lot of books and a lot of mutants in a comic book economy that cannot support all these comic books.  I have argued for years on our podcast( find it here https://soundcloud.com/brothas-hutchinson) that less books is a better look for the X-Men; much like the Avengers with a set team and rotating heroes in and out as the story fits.  Every mutant does not need a team and is waters down the overall product.  But Marvel keeps cranking them out.

I see a lot of people are "In Hickman We Trust". I think dude is great too but this is a lot of moving pieces and I hope he can keep it all together.  Regardless, I know what will happen if it does not work and I'll be blogging about the next reboot in 3 years.

Posted by Brothascomics at 1:31 PM