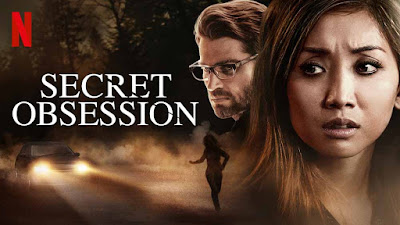 Man you would have to know me very well to know how much I enjoy Lifetime movies.  Before there was a whole ass movie network, the movies generally premiered on Saturday nights and then ran for large blocks on Sunday afternoon. I really cannot count how many times I have seen women get cheated on, stalked, and roughed up with domestic violence.  On top of that, unruly teens always out having sex or getting caught up on the drugs.  Its formulatic AF and I love every minute of it.  Still do really as I binge the hell out of the movies on Sunday afternoon as I am doing work in the house or finishing a work project.

So when I turned on Netflix the other day and saw the preview trailer for Secret Obsession, my curiosity peaked a bit.  I first noticed Brenda Song and then the trailer played all the way out life a Lifetime Movie.  Woman in danger, women being stalked, women with amnesia, and obsessed man.  This is almost a full Lifetime movie Bingo. 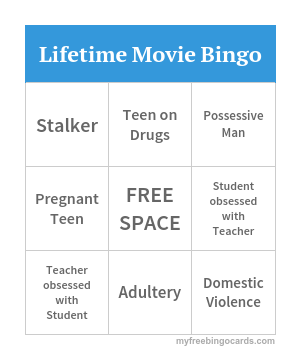 The problem is this is a BAD Lifetime movie.  Netflix does such a good job with their original programming so for them to actually be pumping this up like its any good is a tragedy.  Brenda Song stars as Jennifer Russell and in the opening scene, she is on the run from a mystery man in the shadows.  She's doing her best to escape and every horror movie trope is used from locked doors failing and cars stalling when trying to escape.  When she does look to have an opening to get away from the slow walking stalker, she gets run down by a car and sent to the hospital.

This is when the movie really gets bad.  Breaking all sorts of hospital protocol, a man who claims to be her husband shows up and is giving access to Jennifer and stays( stalks) her through her recovery but.... Jennifer has amnesia and cannot remember why she was on the run and even if this man, Russell played by Mike Vogel is actually her husband.

Jennifer recovers enough to be released even with the amnesia and given to this man who takes her and moves her out to this remote area with no internet access and she is really just left alone with this kidnapper as she tries to recover her memory and life.  Meanwhile, a detective, played by Dennis Haysbert is investigating a missing persons report and the accident as a part of a much larger case that.  Plus a new man shows up.... the real Russell Williams and his confrontation with his imposter leads him to being killed.

The rest of the movie is just Jennifer uncovering that this man is a full on psycho who became obsessed with her and her life after a brief encounter previously.  The reveal is long and boring and the final escape fight scene and mystery ending are quite a bore.

Look, I don't watch Lifetime Movies for psychological thrillers.  I watch it for cheesy acting and dialogue and pretty women who overcome all kids of shit to put shitty men in jail.  So you would think since this movie covers all that I would be happy.  WRONG.  This movie is a bad Lifetime movie with terrible acting, writing, and plot and no matter how much Jennifer recovered, it was not enough to cover the plot holes and general awfulness Secret Obsession served.

So hard pass.  Do not watch. Netflix out here charging $18 a month for a movie you could watch for free on Lifetime Movie Network.

Posted by Brothascomics at 8:17 PM