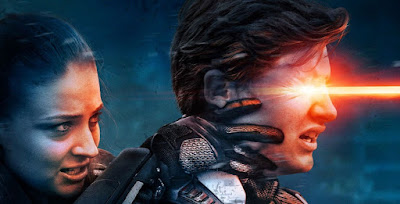 More and more news keeps coming out about the delayed, X-Men: Dark Phoenix movie.  As stories from earlier in the spring moved the release date and talk of massive 3rd act re-shoots, news is still trickling out about what may be the last Fox X-Men movie before Disney buys back the rights to their characters.

Today's new bit came from director Simon Kinberg who is making the rounds with the Deadpool 2 release.  In giving up an update on his directorial debut, he seems to be talking out both sides of his mouth.

Look, I am not sure if you can make a worse movie than X3.  It was bad on many levels and took and flushed away all the positive momentum the X-franchise had coming out of X2.  When they relaunched the movies and forced fed Phoenix into the end of X-Men: Apocalypse, it seemed unnecessary at the time and now this movie feels rushed and pointless as everyone knows these movies are gonna be long forgotten with the Disney take over.

The original Phoenix/Dark Phoenix story is a Claremont classic that goes from Earth to space and back again and mixes in a myriad of mutants and intergalactic creatures to build this world that X-fans love to come back and visit.  These X-Men movies- especially this most recent group has struggled to establish a team that you can root for and is cast bound to Magneto and Mystique who have no real place in the Dark Phoenix saga.

Word on the street is the stars of the movie love the movie, but really what else are they gonna say at this point. I'd like to say I am excited about this movie but I am not going to lie to you.  This movie seemed doomed from the beginning and every bit of news coming from Fox makes me even more concerned.

Posted by Brothascomics at 10:35 PM