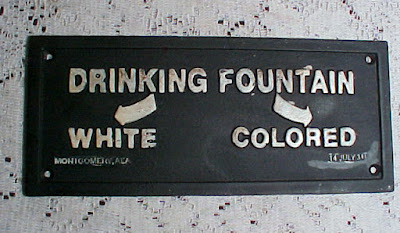 Can separate be Equal?

Not to go all Supreme Court rulings on this blog, but the landmark case of Plessy V Ferguson set up a rule of law that stated that it was okay to discriminate as long as the facilities were equal.  Now we all know that is impossible to pull off and one group is always going to get the short end of the stick.

But can comic book characters be separate and equal?

Diversity, most importantly the lack of diversity, has always been an issue in the field of entertainment.  TV shows and movies tend to continually cater to Whites and often times Black or other characters of color are pushed to the side kick role or that of the sassy Black friend, the super intelligent Asian, or the token gay/lesbian character on the show.  Its a racial trope trotted out for the past 40 plus years and its as tired as the think pieces written about it.

But if you dig into comics- especial here recently, there is a new phenomenon of traditionally white characters, who are now Black, or a person of color , or female and it got me to thinking' "Are these characters the equal to their white counter-parts or are they just place holders until the White character comes back to take their place?

This is not a totally new phenomenon.  Jon Stewart and James Rhodes have played Green Lantern and Iron Man respectively, even tho Rhodey was given The War Machine armor which essentially made him the Black Iron Man.  Stewart, who has been appointed as the guardian of sector 2814, but often times is looked at as the Black Green Lantern because there are no other Black Green Lanterns. 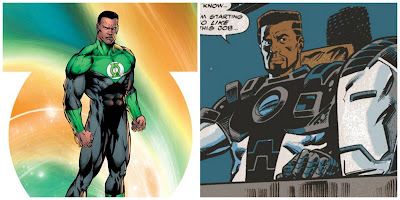 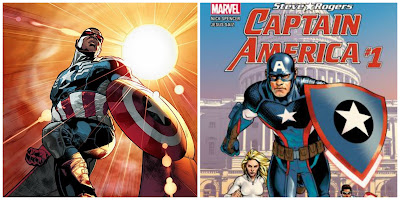 Even the Hulk is now the Totally Awesome Hulk, played by an Asian Character Amadeus Cho. And even tho he is still green, he is still looked at as the Asian Hulk and the clock is ticking as to when Bruce Banner will once again become the Hulk. 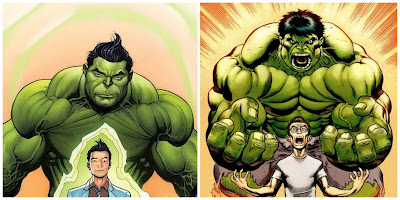 And as much as I love the character, Miles Morales AKA the Sensational Spider-Man is in the same boat.  If Marvel was committed to having Miles BE THE Spider-Man, then Peter Parker needs to go away.  Whether you kill him or depower him, he cannot be around.  This idea that Miles is the domestic Spider Man and Peter Parker is the International Spider-Man takes away from Miles and makes him the Black/Latino Spider-Man and that is unfortunate. 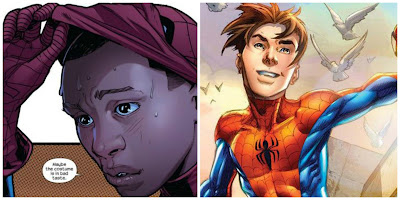 Hell even the current Ultimates book has been referred to as the Black Avengers because of course, the Avengers are still around. And Marvel doubled down by making A-Force( the female Avengers team).

I am a fan of all the characters I talked about here.  I am also a huge fan of Kamala Khan as Captain Marvel, and America Chavez, as well. But the playing field is not even.  If the company is not going to allow the person of color to assume the role full time- not for a couple of years, then they are just place holders to tell a story.  To me, that's sad.  Many of these white characters have had these roles for 50 plus years.  Any and every possible story has been told with them. If you are not going to create new characters, then  why not let a new character hold the spot for the next 50 years? Explore their history and background.  Allow them to grow and develop without the white character looking over their shoulder ready to pounce and take back their spot as the "Real _____"   I love these characters, but they are most definitely separate but not equal and that is a huge disappointment for me.

Posted by Brothascomics at 1:51 PM