Icemans Not Allowed to Code Switch 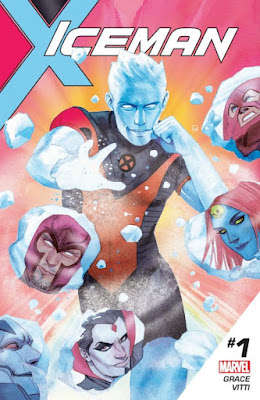 Let me first fully acknowledge up front that I may be overreacting about this and there are more important things going on in the world right now.  The President of the United States is a moron, Russians are interfering in our democracy,  Republicans are stealing the healthcare from millions of Americans, Bill Cosby just got away with rape, and Philando Castille was murdered in cold blood and the police officer was acquitted. Again, real life problems happening in the world today!

However, that does not mean that I, and others like me, can't have concern about multiple levels of problematic shit. And on the scale of 1-10, this barely makes a blip.  But this does not mean that this small problem is not symptomatic of a much larger problem.

Iceman has been pushed towards the front of comic news for a few months now.  His coming out as Gay was a huge moment for comic book history and then he was given his own solo book, written by Sina Grace, the first time an openly gay character had a monthly comic with the Big Two comic companies.

I am just catching up on the book to do a review for brothascomics.com.  I read the first issue and it was fine enough for a debut.  It was well written and had humor, heart, and action.  The writer is skilled enough and crafted a first issue built around a character that has a long and now interesting and unique story moving forward.

I went on to read Issue 2 and the book brought in Kitty Pryde- which for me, is a net loss because I am not a fan of Kitty Pryde.  However, it did make sense for Kitty to be in Iceman's book.  Kitty and Bobby had a long term relationship in the comic and with him now being Gay, I am sure that affects Kitty on an emotional level.  Of course, Kitty being the selfish character that she is, centers Bobby being Gay around her, but that's a different post.

Playing out how they interact with one another now that he is out and she is back leading the X-Men is an interesting take on relationships between adults.  I felt Sina was handling this deftly as Kitty and Bobby share their emotions on how to move forward.  On top of that, Comic book things are happening in the comic book surrounding rescuing a young mutant whose powers have just manifested. However, there is a throw away line at the end of a transition in the book where Ice-Man says, " Ninja please" to Kitty in response to if Bobby can fight off the bad guys! 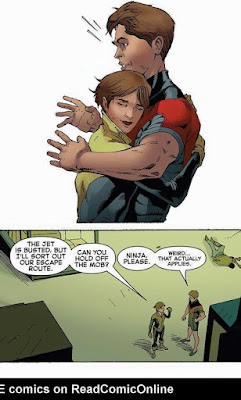 It makes me wonder, what was Sina thinking by sliding that term in there.  He has clearly head Black people use it before and for some reason felt that he could use it.   He even attempts to cover it up right away in the book, by having Bobby say "Well, that actually works".  The implication being that since Kitty is a "Ninja" it's ok for him to make the Ninja Please reference( its not).  And on aside, this Kitty is a Ninja is a little revisionist comic book history.  During the Kitty Pryde and Wolverine mini-series, Kitty was possessed by Ogun and had Ninja powers because of the possession.  Once Ogun was removed, she was no longer a Ninja.  Later Wolverine trained her in Bushido after the possession-  but Kitty being an actual a ninja is a farce. 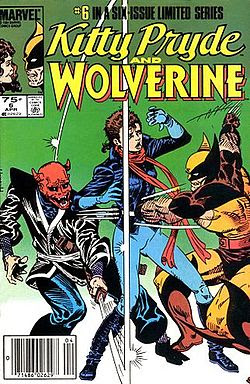 But alas, the issue here is really the comodification of Nigga by white people and their desire to say it.  This has been a present issue for years in modern culture as African-American music and culture has become mainstream.  White kids have grown up hearing the word on the regular and the racial  emphasis of the word has been lost.  There is also a generation of Black kids who don't understand that using that word in mixed company emboldens white people and other non Black people to use the word. This idea that this person is "down" or this person "gets a pass" is bullshit.  This is why Bill Maher and the like feel they can say nigga without consequence.  Let me be clear and for all the people in the back-  THERE IS NO TIME when a non-Black person should use the word Nigga. Ever.  That also includes modifications of the word and sentiments such as Ninja Please, This Ninja is Crazy, and Fuck these Ninjas.  These are ALL of limits to non-Black people.

Marvel, DC, et al need to do better. Its obvious Sina slid that in there thinking no one would either notice or care.  Well I noticed and I care!  If there was a Black person editing this book, the note woulda been swift to remove this line.  Its not appropriate and not needed!  When people of color are left out of the creative process, these little micro aggressions happen. Disappointing but not surprising and my continued hope is they will all do better.

Posted by Brothascomics at 11:03 PM