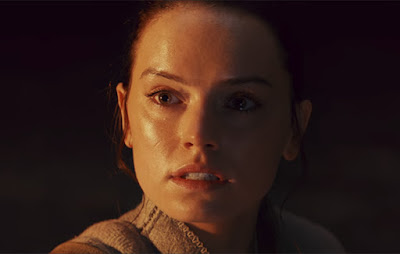 
The folks over at Heroic Hollywood posted this tidbit from Simon Pegg about the different direction director Rain Johnson took with Rey's parents.  To recap( spoiler alert), Ben Solo tells Rey that her parents really weren't shit.  Just a couple of losers from Jakku which really messes up many fans narratives about who they thought her parents were.

In the article, Pegg says director JJ Abrams had a totally different take.  Feel free to the read the article in the link above.

I'll just say this... it was kinda a letdown to learn that her parents were not going to figure prominently in her history, BUT I kinda though the move by Kylo was more of a swerve to get Rey to join him in his conquest to rule the galaxy.  I figured in episode 9 we would learn the real truth and maybe we will since JJ Abrams is back to close this trilogy of movies in 2019.

What do you think?

Posted by Brothascomics at 1:28 PM