We Watched it for You: Roxane Roxanne 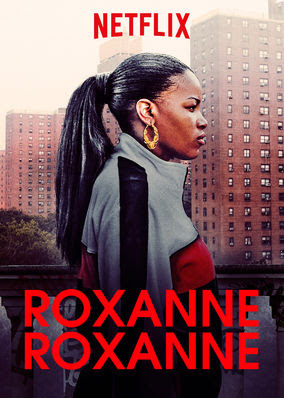 You would have to know me pretty well to know how much I loved UTFO back in the 80's.  For those of you under the age of 30, UTFO stands for Untouchable Force Organization.  These rappers  consisting of the Kangol Kid, Dr Ice, The Educated Rapper( RIP) and their DJ Mix Master Ice were a staple of my hip hop diet in 1984.  The blew up in 1984 with a record called Roxanne Roxanne- a story of unrequited love between the rappers and a neighborhood girl.  It was their biggest hit and spawned so many copy cat records and disss records to respond- we could do a whole article on them.


Who was the real Roxanne that UTFO was speaking about?  Well the Netflix movie Roxanne Roxanne does not answer that question.  This movie is about the young girl who would grow up to become Roxanne Shante and her life growing up in the Queens Bridge Projects.

As the story goes, Roxanne, played by Chante Adams, was a great rapper already in Queens Bridge and would battle rap all comers- even if they didn't wan to battle a girl.  As her friend would say, " The Champ is here" and her freestyle was known throughout Queens.

However, if you have ever listened to any New York based hip hop, The Queens Bridge Projects aint exactly the best place to raise children, and Roxanne's mom recognizes that and does her best to scrape and save all her money to get her, her man, and her 3 girls out of Queens Bridge.  Sadly, her man, steals their house down payment money and runs off and the family is stuck in the projects.  The mother, played by Nia Long, devolves into alcohol and depression and this fractures her relationship with her daughter.  There is physical violence, but more emotional abuse than a 13 year old girl should have to endure.

From moving out and back in, Roxanne still raps and one day while doing the laundry, a local DJ has her come in a cut a rap over the beat for Roxanne Roxanne and the song becomes a hit and with her now taking the name Roxanne Shante.  This new found fame leads to signings, cars, clothes, and the hopes of money.  But as Q-Tip told us a few years later, the record business is shady and those shady dealings leave Roxanne with a hit record with nothing really to show for it.

During this time, she also meets up with local, hood legend, Cross, played by Mahershala Ali, who is twice her age and a terrible influence on Roxanne.  In between the physical abuse, they have a child together and its the only thing holding her there as the fame and no fortune begin to fade.

Without spoiling too much, the movie is well acted.  Check for some Easter Eggs by some of your favorite 80's and 90's rappers and the soundtrack is bumping for any old school hip hop fan.

Overall a fun movie about a time in hip hop long forgotten.

Posted by Brothascomics at 3:23 PM