Shazam Cannot be your Flagship 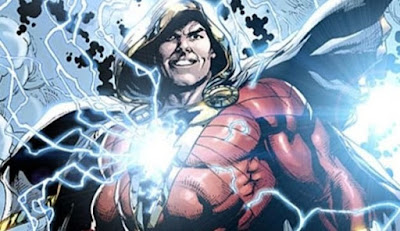 The article by Heroic Hollywood about Shazam being the jumping on point for DC Extended Universe is pure click bait by those guys and you can read it if you want to.  But no matter what BS they pull out of their ass, Shazam cannot be DC's jumping off point.  He has been and always will be a third teir, Superman knock off.  That's what he is and even his most stringent fans see and recognize that.

DC has eroded so much of their fans enthusiasm over the last 3 years with middling movies and attempting to give a push to a middling character to reinvigorate the franchise is foolhardy at best.  DC would do best to just go ahead and do a soft reboot- starting with Wonder Woman 2.  Do not feel rushed to put out any other movies and build out from there.  They do not need to recast Batman or Superman; although the case can be made to get rid of them both to rid the stink.  Let Wonder Woman be the flagship of the movie universe and build out from Diana.  Stop focusing on Batman and let her build the League and gather new members like Shazam and bring them into the fold... slowly- Not by giving them their own damn movies up front.

I love Zach Levy.  He is one of my favorite actors and is a true geek icon, but this movie is not going to build back hope and trust from the comic book movie fanbase that is skeptical of all things DC right now.

Posted by Brothascomics at 2:02 PM