The wonderful folks over at Comic Con Revolution were kind enough to bring Brothascomics back to West Palm Beach to cover the 2nd year of the comic con.  So the kids and I piled up the hooptie and headed the 45 minutes down to West Palm Beach.  We did cover the event last year and you can read our recap here 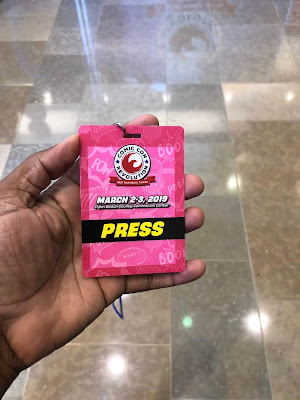 This year, the con expanded into a 2-day event from the 1 day inaugural year.  The folks at Comic Con Revolution do a great job keeping fans interested and invested in the convention throughout the year with timely updates and guest announcements via social media.

This year had a few huge guests in the world of comics, primarily noted X-Men Scribe, Chris Claremont.  If you have never or attended one of his panels, the man is a true wordsmsith and one of  the greatest story tellers that has ever lived- not just in comics.  He regaled me and others with tales of the X-Men and origins of some of our favorite X-characters.  A great get for the folks at Comic Con Revolution and I hope he comes back next year. 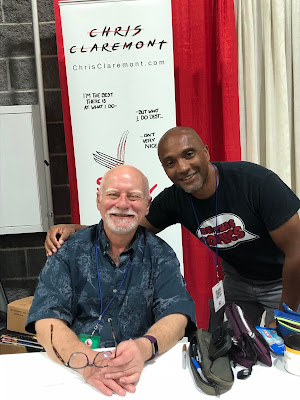 Along with Chris Claremont, making his 2nd appearance was Ming Chen- fresh off the final episodes of AMC's Comic Book Men, Ming loves the convention circuit and meeting and mingling with his fans.  I was able to chat him up for a few minutes and get the low down on his new podcasting venture which you can find here

The Ming and Mike Podcast 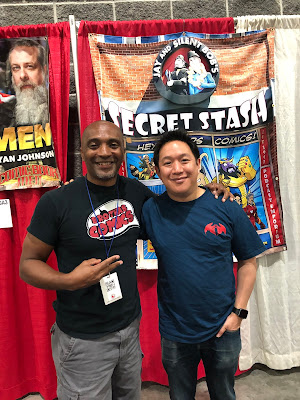 Lastly, and certainly not least, Venom writer Donny Cates, who was fresh off a controversy from the latest issue of Venom and he was able to talk with for a few minutes about that and his introduction into writing comics.


Lets Break down the Con

Bigger crowd this year than last year and the badge process can be the biggest letdown for any convention goer; especially if its your first time headed to a convention.  Much like last year, the folks at Comic Con Revolution handled the walk up traffic very well, but its always encouraged to buy your badges ahead of time to save you money and time.  Most attendees had their printed receipts ready and could head to the ticket booth to pick up their badges.

With the convention moving to two days, the size of the crowds were bigger, but more fluid than last year as people begin to move in and out of the convention center over the day.  With it being two days now, panels were spread out over the two days and many of the panels were so awesome, you had to attend two days.  In that regard, its probably best if you are not local, to try and get a hotel in and around the area.  For those not familiar, West Palm Beach can be somewhat expensive, especially on the weekend in the spring so book your hotel early.

The convention itself was had a great variety of creators and exhibitors to satisfy all your nerdly needs.  If you are into comics, collectibles, steampunk., manga, anime... all your nerdly desires could be met on the convention floor.  They have done a great job and making sure they provide entertainment for a wide variety of fans!!

One of things Brothascomics prides itself on is highlighting cosplayers of color.  Comic convention should be a safe place for all fans to express their nerdly identify and we recognize those players on our site.  The cosplay this year was great all around.  Many of the costumes from videogames and manga- I had to have someone explain to me who they are.  Just a great job by all those involved!! 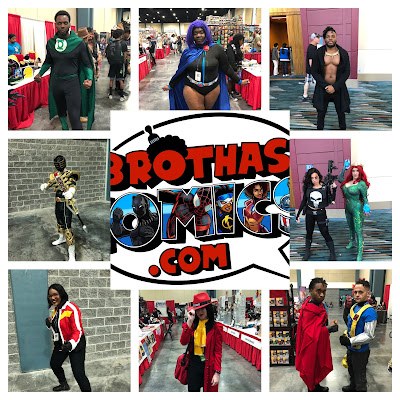 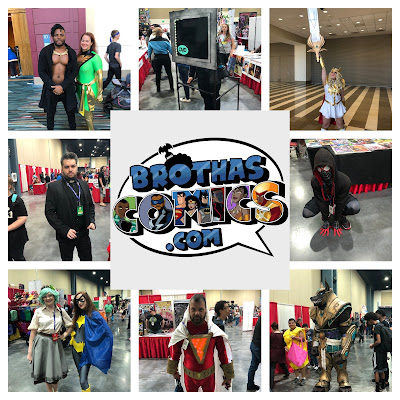 Comic Con Revolution has continued its growth into year two and the future looks bright moving forward.  Will that be 3 days? Or a bigger venue? I am not sure but I hope I am invited back next year to see what awesomeness they have for their fans!