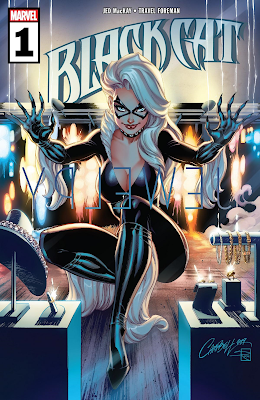 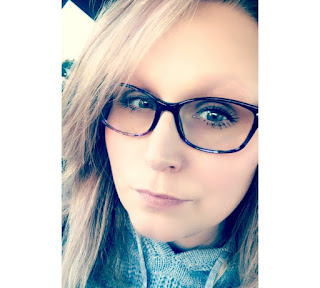 One of the most underrated aspects of Spider-Man is his varied rogue gallery and love life.  Yes for every Hobgoblin, there is a Rocket Racer, but on the whole, his rogue gallery is mixed with powerful, credible threats, alongside some fairly ridiculous villains.  Yet, our friend Peter Parker, also has a great romance side, too; bar far greater than any mainstream superhero save for maybe Batman/Bruce Wayne.  And much like Gotham's Dark Knight, Peter often mixes business with pleasure with some of his lady companions.

The Black Cat, AKA Felicia Hardy, has been around for close to 40 years now and in that time she has been both an ally and nemesis to Peter Parker/Spider-Man; along with often times being a love interest to our hero.  Much like Catwoman in Batman's world, Black Cat's history is tied to being a thief, which over time has created conflict and romance with Spider-Man.  In fact, in an early story, she was truly in love with Spider-Man and couldn't give a damn about who was underneath that mask. 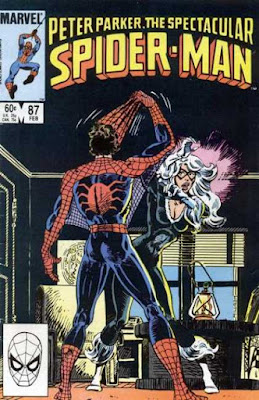 In more recent years, Felicia Hardy has gone back to a life of crime, much to the chagrin of Peter Parker.  With Kingpin, now the mayor of NYC, Black Cat has risen the ranks in the crime syndicate in New York and has been a major pain in the side of both criminals and heroes in the city.

This new series, by Jed McKay and Travel Forman, starts of at the Frick Jewelry and Art collection in New York City, as Felcia Hardy makes her way in.  The story is told in plot boxes, initially, to give us an insight into the ways of the cat.  Forman draws Hardy in an old school style and much of the over sexualization of the character is thankfully stripped away.  Often times, as much as I enjoy it, Black Cat is drawn in such a sexualized way, its easy to focus on the boobs instead of the character, and initially that is not done here. 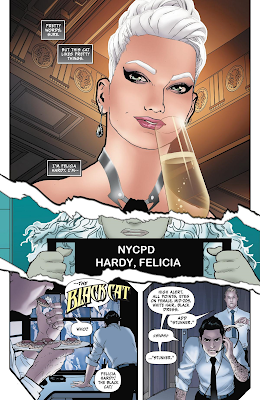 Inside the security team, recognizes Hardy and the head of security goes into panic mode as he knows if the Black Cat is here, something is afoul.  Plus, the catering crew for the event has been replaced last minute and that is a major red flag.

As Felicia makes her way around the gallery, she interacts with the leader of the Thieves Guild and their banter is fun and serious all at once. Everyone tho knows something is up if Felicia Hardy is here and sure enough, as security asks her to leave, her team makes their move to steal a valuable piece of art from the gallery.

The book does a great job of fleshing out her team and in turn, telling a standard cat and mouse story as the Thieves Guild moves in to attack her.  Twists and turns, ninja's, and backstory all mixed into a few action packed pages filled with plot and substance.  This first issue gives you the feel of comics of yesteryear that were not all splash pages and action shots.  We get to see Black Cat at her finest, enjoying the moment, along with using her "powers" to help make her escape. 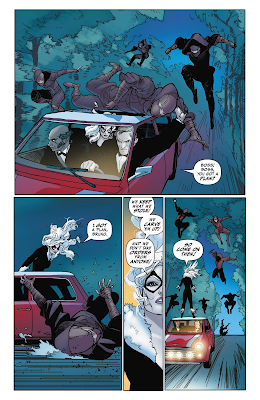 The book concludes, as our "heroes" celebrate their successful job at their hideout.  Yet someone crashes the party and who could possibly sneak up on the Black Cat?  I will not spoil the ending, but I will say that this is a fun book with a character whose back story outside of Spider-Man should be more fleshed out.  I really enjoyed the aspect of not over sexualizing the character and giving equal time to how smart and clever she is, while also being a bad ass.  Fun book overall.  I am sure this will have a short run, tho.  Grab and read it while you can! 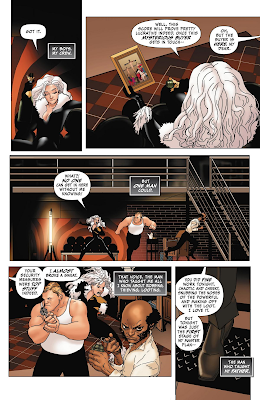 Posted by Brothascomics at 9:15 AM