Harley Quinn and the Birds of Prey Review 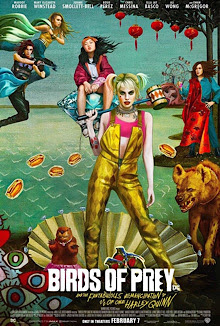 Confession: I did not like Suicide Squad.  That is probably not that shocking of an admission if you have listened to our podcast or read anything I ever written.  I am a Marvel Hack and a MCU stan so for me, DC is always playing from behind( outside of their animation which is far superior to Marvel/Disney superhero animation).

With the DC movies, I kinda liked Wonder Woman and Aquaman.  I really liked Shazam, but the rest have been trash to me.  From Man of Steel, to Justice League, its been an endless stream of disappointment and I never go out of my way to see/watch those movies.  Suicide Squad was the same way. I saw it on a bootleg copy first and then later saw it on DVD and both times I was extremely underwhelmed.  But out of that, if there was a silver lining, was the portrayl of Harley Quinn by Margo Robbie.  Her and Will Smith were the only true standouts in that 2 hour crap fest so it was no real surprise that there was talk of spinning Harley off into her own movie.

Confession #2:  I am not really much of a Harley Quinn fan( with one exception).  So since Harley Quinn got this huge push( wrestling term) from Suicide Squad, the comics reacted in a way that tried to bring Harley Quinn to a level that she was not ready for, in my opinion.  She headlined the awful Heroes in Crisis Event and DC had her even defeating the Trinity which is just ridiculous.   But I chalk that more up to writer error, than the character. 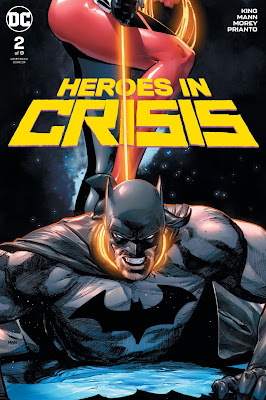 So a movie starring Margo Robbie as a character I do not like, made by a company whose movies I do not like... this seemed like a recipe for disaster.  But it wasn't.  Now do not get me wrong, I think Harley Quinn and the Birds of Prey is a movie with severe flaws.  The first being that they made it rated R; under the assumption, much like Deadpool, people would buy into the kooky character who uses overt violence and jokes to become popular.  I think this limited the number of people( young girls in particular) who could go and see the movie.  But to me, that is one of its minor flaws that's not related to the content of the movie.  The larger flaw, is that they movie could not decide what it wanted to be.  Is the movie, Camp, playing into and with its over the top character and allowing the audience to get in on the laugh and shenanigans? Or is this a serious movie, with an over the top character and you are not sure where to laugh or how serious you should take this movie? Birds of Prey landed somewhere in the middle for me and I was unsure when I was to laugh and when I should take the movie seriously.

The plot, Harley finally breaks away from the Joker and sets out on her own to be taken seriously.  She falls into this plot to steal a diamond that has account information of a former crime family that was killed in Gotham.  Then a little kid steals the diamond and pandemonium breaks loose as we get introduced to the supporting characters: Black Canary and Huntress, along with Rene Montoya. Whereas Black Canary's intro is played very seriously, Huntress, the more serious character of the two, is played for laughs throughout and it was head scratching as to why.  On top of that, each of the supporting Birds of Prey get very little to do in this movie and the acting is so over the top in some points that its almost laughable.  Ewan McGregor, plays our villain, Black Mask, so over the top you would think he was being bad on purpose with his acting.

Regardless, the movie has some great action pieces with Robbie as Harley Quinn and there are some genuine big laughs as the movie plays out.  The set pieces are gorgeous and you really get a different feel of Gotham than the typical Batman's Gotham that we have seen for the past 30 years.  But overall, like most DC movies, you get the feeling that there is a better version of this movie somewhere.  Now I am not talking release the Snyder cut nonsense, but a much tighter version of the movie with better pacing and editing.  A movie with a more singular vision as opposed to trying to put everything in the movie and seeing that sticks.  Or a version that went full Deadpool with it being way over the top, much like the Harley Quinn show on DC Universe streaming.  THAT show( my one exception for Harley Quinn) gets who  Harley Quinn is  and runs head first into the insanity the character lives in and allows that to play for laughs and is a much better representation of the character.

I waited to see this movie on streaming because I had been burned so much by DC.  The early reviews from people I know/trust/love were over the top on how much they enjoyed the movie.  I did not see the same movie, I guess.  Is it fun and enjoyable? Yes at times, but mostly is bland and boring and could've been better.  If you really enjoy Harley Quinn, watch the DC animated show.  Its so much better!

Posted by Brothascomics at 1:15 PM