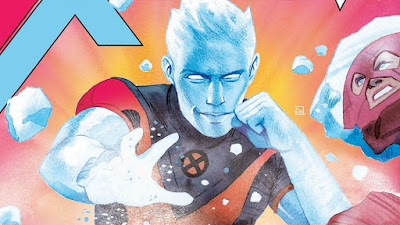 
Our friends over at the Nerditst have an interview with the creators of Iceman's solo book.  Remember this version of Bobby Drake is Gay and marks a big step for Marvel as it embraces an openly Gay Character with his own monthly title.  I dig the progress and there should be more diverse characters. I guess my issue is that Iceman being gay was given a gay writer to handle his book- probably because, obviously a Gay man would have a great handle of the what its like to be a Gay man.  That makes sense to me. I am sure that writer, Sina Gray will have a unique and authentic voice to what its like to be a gay, white male.

Marvel has been doing ok with diversity in their writing teams.... that's me grading on the curve, tho  David Walker has given us great work on Power Man and Iron Fist and the criminally underrated Nighthawk.  Ta-Neisha Coates Black Panther run has been lauded as one of the finest takes on the character.  And friend of the show, Geoffrey Thorne just launched Mosaic a few months ago.  Just this past month, Roxanne Gay became Marvel's first African American female writer working on the World of Wakanda. And early next year, Gabby Rivera, a gay, Hispanic female writer will be writing America Chavez- a gay, Hispanic female. So yes, there has been some progress.  But to paraphrase James Baldwin, "How much time do you need for progress?" 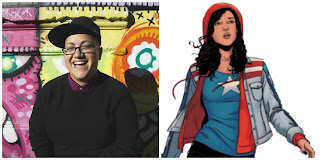 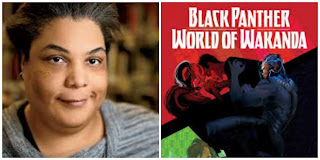 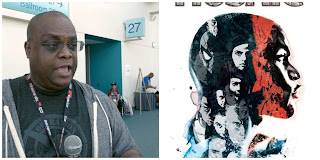 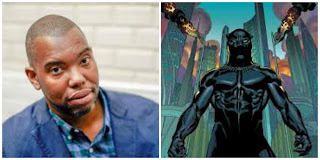 Sam Wilson: Captain America- written by a white guy.  Spider-Man/Miles Morales and RiRi Williams/Ironheart- written by the same white guy.  X-Men- a book rooted in discrimination has never been written by a person of color.  It seems that Marvel is very slow to turn over their flagship characters to people of color to write. 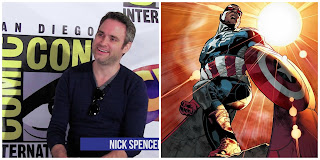 This is never more evident in the handling of the Storm solo series.  Storm, one of the most popular X-men of all time, finally got a solo title. Marvel has a chance to make a statement and hire a Black, female to write this book.  Her take would be fresh, different, and come from a personal space and place.  What does Marvel do... they hire Greg Pak- an Asian male to write the book. A person of color- YES.  But is he really the best person to be writing the voice of a Black Female? 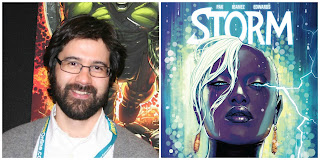 See Marvel was never going to give Iceman's coming out party to a straight white male or even a gay, black male.  The recognized that the writers take on the character would be more authentic in the voice of a gay, white male.  I get that!  So why not extend that to the other characters in your universe?  I'd love for a Black, female to write Ironheart.  I'd die to see an Hispanic male get a chance to write Miles Morales. It really is long overdue for this to happen.

Someone will inevitably read this and ask or say" so only Black people can write for Black people. That's racist!" No that is not what I am saying! There is a void of people of color writing comics( drawing them and inking them as well) and Marvel and DC and Image need to recognize that and allow for diverse creators to write for diverse characters.

So good for Bobby Drake! We are proud of you Marvel for taking this leap forward with the character. Don't be afraid to keep it going!

Posted by Brothascomics at 10:50 PM