Franklin's Shouldn't Have Been There 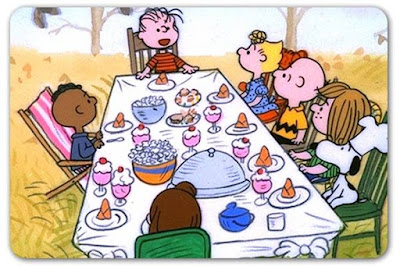 We have all seen the above image over the last few years, right?  Franklin at Charlie Browns house for Thanksgiving... and him having to eat all by himself on one side of the table.  Hell, even Snoppy got to eat at the table with the white folks; although that shouldn't be that big of a surprise since white people tend to like their dogs more than Black people.  But I digress...

And as jacked up as that image is, can we also talk about all the unbelievable shit that happened up to this point. Take out Pepper Mint Patty inviting herself over the day of Thanksgiving and then having the nerve to criticize the food.  Take out that Snoopy- the damn dog- made all the damn food to begin with and Linus' sanitized prayer of colonization without genocide.  Lets look past all of that and focus on Franklin. 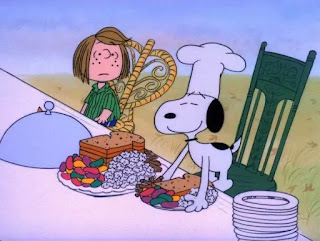 First off, ain't no Black parent allowing they child to spend Thanksgiving outside they house and definitely not with some white family. This is literally unheard of!  The idea of, " Can I go to my friends house" on a major ass Black holiday is unheard of with Black folks. The answer is no and gonna stay No for years to come so don't even ask.

Second, even if somehow Black Jesus granted you the Hall Pass to leave your family on Thanksgiving to go be with another (white) family, they for damn sure ain't gonna let you go to they house without a side dish or something.  Franklin walked up in that house and dapped up Charlie Brown with nothing in his hands.  Franklin's mom woulda sent him  over there with a pie or cake she bought from the store or some potato chips, a pack of soda..... something.  My mom's line woulda been something like, " You ain't going to them white people's house empty handed." 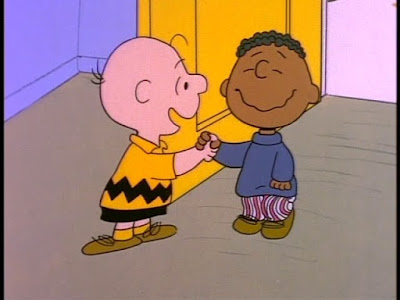 Lastly, if somehow Franklin got there, there is no way in hell he would be allowed to get a second trip in by going to Charlie Browns grandmothers house without calling first. They just pile up in the back of Charlie Brown's parents car without a call to make sure it was ok for Franklin to change locations.  Black moms are always like, " You better call me if and when you leave to let me know where you going". 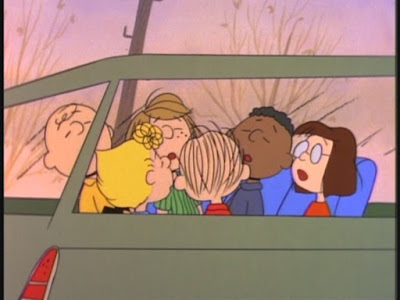 So yes, Franklin was ostracized at the dinner table, but truth be told, he shoulda never been there to begin with.  He shoulda kept his Black ass home with his Black ass family! 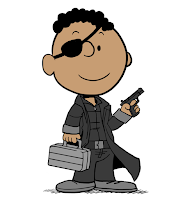 Posted by Brothascomics at 2:32 PM