My local theater is a Regal Cinema and for some reason, we constantly get scary or action movie trailers- even before kid-fare such as Justice League! So without further ado

Hugh Jackman looks to his post Wolverine career in this musical/ bio picture about PT Barnum and his circus.  The movie also stars Zendaya and that dude from high school musical. Jackman's non Wolverine roles over the past few years have been way more misses than hits and musicals are a hard sale no matter what! I am sure I will see this because my wife loves Jackman, but she gonna need to pay for this one herself.  Hard pass from me( with my money at least)

Disney/Pixar jumps back into the game with Coco... a movie about Hispanic culture written, directed, and voiced by people of Hispanic origins( amazing).  The movie looks beautiful and its message of finding yourself and being yourself should be able to reach and teach across all cultural barriers.  I am really looking forward to seeing this movie and probably will have seen it by time this article posts.

As someone who actually played the video game in an actual arcade( google it), when I heard they were making the game into a movie, I laughed my ass off because I thought people were joking.  Well, never joke when the Rock is involved!  I love the Rock the wrestler and I can deal with the Rock the actor... but this is too much and Rock is getting very close to jumping the shark on his career. Between this and Baywatch, and a Jumanji sequel that no one asked for, The Rock needs to be careful he doesn't lose trust in the people who support his stuff( see Adam Sandler).  Hard pass from me!


This was one of the creepiest movie trailers I have ever seen.  For some reason a family that looks happy and white out in the country cannot make a sound because if they do, something/someone is gonna come and kill them.  It stars that dude from the Office and some annoying ass kids who steady be getting adults killed with they noise making asses! Hard Pass from me! Ya'll know I don't efff with horror movies!


Its Taken on a train, ya'll.  When will people just leave Liam Neeson and his family the hell alone?  Don't ya'll no already he don't play that shit and will exact old man vengeance on your ass? Movie looks interesting but the concept is played out! Hard Pass from me!


So much will be said about this movie on this blog over the nest few months... to say I am excited is an understatement!  To see this trailer on the big screen was such a thrilling moment... far surpassing seeing it on my phone or my tablet.  The movie looks stunning!  And all these Black people!  I am praying the movie is not just good, but great and sets up future sequels.  Gonna see it opening night and take the day off from work to talk about it all day on-line! 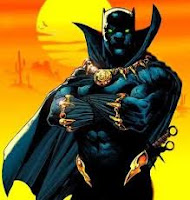 Posted by Brothascomics at 3:50 PM