Is it worth a Redbox: Ninjago 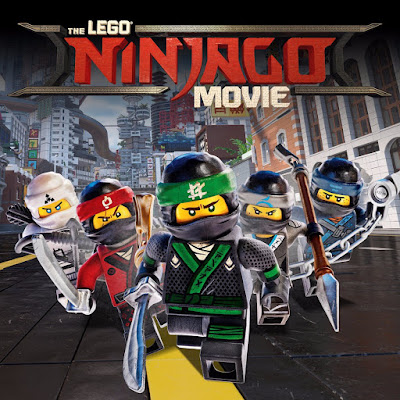 About five years ago, my son was real hot for Lego: Ninjago.  He watched the cartoon all the time and I spent a lot of money and time building Lego sets with him so he could really only play with the figures which is all he cared about anyway.  We even went to LEGOLAND: Orlando because they had opened a Ninjago ride and he was all about that life.  He even went dressed as one of them for Halloween( and he would straight murder me if I posted the pic #onhere) That was five years ago.


When we saw that they were making a Ninjago movie, I thought he would be down with this bit of nostalgia and make me take him.  He was like, "No thanks, Dad". I was kinda shocked.  I mean he really loved this show back then!  His thought process was that he outgrew it and he had no real desire to see the movie.  Then I thought- well I have not seen him play Ninjago recently and he for damn sure had not made me watch the tv show... I guess the Ninjago ship had sailed.


But Christmas breaks leads to many hours in front of the tv with my kids and its hard to find a show/movie that is appropriate for all of us- which leads us to watching the Ninjago movie.


For those who don't know, Ninjago is a Lego based show based around 6 ninja's looking for the Ultimate Weapon to unlock their special powers.  The Green Ninja, played by a kid named Lloyd is the most powerful Ninja of them all, but his father is actually the most evil person in Ninjago- Lord Garmadon.  The tv show is full on quirky and the jokes; although made for younger viewers, were layered so adults could enjoy the show too.  Each Ninja had his own personality and you could really find yourself in one of the Ninja's. The movie doesn't do that.


The movie focuses primarily on Lloyd and his role as the Green Ninja which is a secret to all people in Ninjao- even though everyone knows Lloyd is the son of Lord Garmadon- the villain of the movie who is constantly trying to take over Ninjago and who is constantly thwarted by the Ninja's. The extra focus on Lloyd and his relationship with his Dad pushes all the other Ninja;s to the back- taking away what made the show kinda awesome.  The movie plays out a little like the Lego Movie in a way of focusing on the one character and leaving everyone else in a supporting role of the heroes journey which is kind of a tired, old trope in my opinion.


Overall the movie is really just ok.  I was quite familiar with all the characters and their quirks from watching all the tv episodes with my son and even then, the jokes come off kind of stale and lame and it definitely does not have the biting humor of the Lego movie or the Batman Lego movie.


Is it worth a Redbox: I guess... if you are really looking for something family oriented for younger kids( under 10) then this is your movie.  I can tell you tho, my 12 year old was not down at all!

Posted by Brothascomics at 10:28 AM