Trailers Before The Last Jedi 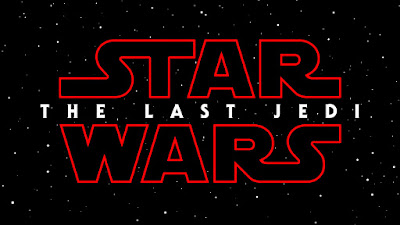 The Last Jedi has been in theaters for a few weeks already and I forgot to write my review of the movies that are upcoming.

I saw The Last Jedi at my local Regal Cinema and these are the movies coming soon to a theater near you!

I fell in love with Alicia Vikander from Ex Machina and a Man from U.N.C.L.E and when I heard she was gonna be the new Lara Croft I was kinda of intrigued.  The original Tomb Raider movies with Angelina Jolie were ass cheeks to me so a reboot is not surprising but from the looks of this trailer, the streak of bad video game adaptations will continue.  Thumbs down for me!


Hollywood loves Bible stories, but not the morality surrounding the book.  This is yet another example of that and full on looks of colorism with white looking middle eastern people. I am not sure who greenlit this or even asked for this.  No thanks!


The announcement of a Miles Morales Spider-Man movie threw Black comic book fans into a frenzy.  Of course Marvel tho would not give us a live action movie.  We get this Spider Verse movie with an animated twist on Miles Morales.  The movie looks gorgeous tho and I am intrigued with the handling of Spider-Man and the potential appearances of other versions of Spider-Man.  I'll be there opening night!


My Regal always drops in a horror movie even tho we are there for a family friendly movies like The Last Jedi.  If you have read or listened to anything I have done, you know I don't mess with horror movies at all.... But this one has me intrigued.  I am so curious as to the background of the movie and the characters.  I'm just not sure if I can actually sit through this movie, tho! I want to see this tho!


I was out on Jurassic Park after the 2nd one. I did see Jurassic World and I sort of enjoyed it.  Seeing that it made all that money, you knew a sequel was coming and it looks like it suffers from all sequel tropes- including bringing little kids into the dangers of Jurrasic World. Ugh... plus the idea people are headed back to the island to save the dinosaurs... ninja please! Full Pass!

I have been saying for a while that we have not seen the last of Hugh Jackman as Wolverine because his non Wolverine movies have not always been successful at the box office.  This movie will continue the streak. Musicals are a tough sell and the bio of PT Barnum... no one was asking for this tripe.  I am sure my wife will see this, tho. Not me!

A Wrinkle in Time


This Ava Duvernay movie has been anticipated for a few months now and this trailer is not much different from the teaser.  Either way, I am super excited for this movie! I am going to read the book with my daughter to be fully ready when this drops!  Thumbs way up!!

The most anticipated Black film of the year!  The trailer looks epic and we can only hope the movie is epic as well.  I hope it can come close to the expectations we as fans have placed on it!

And speaking of anticipated trailers... this trailer which debuted at San Diego Comic Con in July is the most viewed trailer of all time.  The site of all these heroes over the past 10 years fighting together against a villain introduced in the original Avengers.... just wow! It looks so good and the Russo's had best deliver! This movie is the Free Comic Book Day movie from Marvel and I'll be getting books in the AM and watching the Avengers in the PM.... great day! Already excited!

Posted by Brothascomics at 7:53 PM