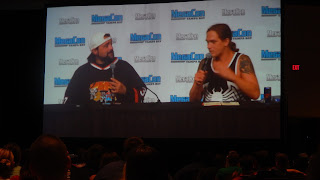 I have never been shy about my love for Jay and Silent Bob and Kevin Smith movies... well at least through Jay and Silent Bob Strike Back.  I actually enjoyed Jersey Girl, but all of his other offerings since then, I have not enjoyed or flat out have not seen. There is a point that I think I grew up and Kevin's movies didn't! And that is ok.  Just because his current fare is not for me, does not take away from the movies I enjoyed in my youth. 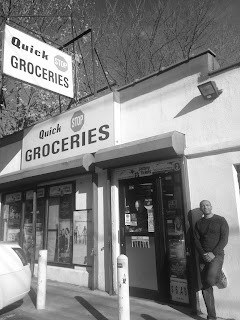 But when I heard Jay and Silent Bob were gonna be at Tampa Bay MegaCon and doing their podcast, Jay and Silent Bob Get Old, I was intrigued.  Brothascomics was fortunate to have gotten media credentials for Tampa Bay MegaCon, but I wasn't sure if that extended to the Jay and Bob event.  A quick email to my media person confirmed that media could cover their event and she placed three tickets for me at will call. 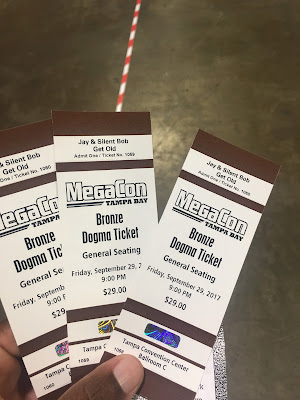 As someone who is in his mid-40's and enjoyed Kevin Smith movies in my 20's, I was curious as to how many people was still into his brand.  I mean, granted older heads like me can reminisce about seeing Clerks on video and having to search to find copies of Mallrats on DVD.  But these younger kids, would they have this fervor for Kevin Smith and Jay Mewes?  Well color me surprised, the line for the event was long... like really long!  VIP sections was full and us general admission folks were shuffled into a different holding pen.  The show was running a bit late because Kevin was hosting an auction with Stan Lee before his show began.

I really did not know what to expect.  I listen to many podcasts and had listened to some of Kevin Smith's older podcasts or when he has been a guest on someone else's podcast and as funny as he is, he is a grade a vulgarian and its hard to listen at work or in the car because I usually I have my kids.

The show started and the guys came out to raucous applause.  A lady sitting in front of me I am sure had an orgasm when Jay came on the stage.  And for the next hour or so, they told jokes in a very Regis and Kathy Lee like fashion about their lives and their families.  And me not knowing about the format for Jay and Silent Bob get Old- I thought this was it.  It was not!  This was just the warm up, folks! 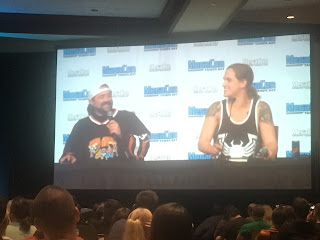 For the next 1.5 hours was the actual beginning of the podcast.  You see I was not familiar with why they even do this podcast but Kevin Smith explained it plain and clear.  This podcast is a way to keep Jay Mewes clean!  What I know NOW, is that Jay and Silent Bob is really just a love gift between Kevin Smith and Jay Mewes. I had never listened to the podcast, but from listening, Kevin set this podcast up as a way to save his friend.  You see, Jay Mewes had a huge drug and alcohol problem.  The time around when they filed Jay and Silent Bob Strike Back, his addiction was really bad.  So bad in fact, there was even a moment where Kevin heard that  Jay had died and Kevin was contacted by People Magazine to get his thoughts on his best friends death.  Jay and Silent Bob Get Old podcast is a way for Kevin and all their fans to help keep Jay straight and sober.  The bits and the jokes all a part to help Jay remember his past, but also look towards the future he has built for himself with his wife and his daughter.  At the time of this review, Jay had been sober for over 7 years. And  as a reward for his sobriety, Kevin has agreed to make another Jay and Silent Bob movie for Jay.  This is true love and friendship!

Check out a joke from the show

Posted by Brothascomics at 6:47 PM