Fear of a Black Human Torch

Are you really THAT bothered by a Black Human Torch? 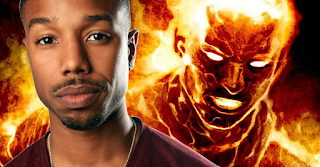 Michael B Jordan recently went on the offensive about him being cast as Johnny Storm/Human Torch in the Fantastic Four reboot. When the casting was announced a few months back, it kinda broke Twitter with this being some of the typical reactions to the news

Seriously, you cast a black dude to play the human torch in the reboot. That's so not right!! (Not being racist, no offense)
-- MarchaelTan? ? (@marchael_tan17) February 20, 2014
@JavierIVillegas
The new cast of Fantastic Four. Not sure if im ok with it. Not to be racist buutt Human Torch isn't black. from what i know at least.

These are some of the more tame expressions people had with their dissatisfaction with the casting.

Word?  It’s that serious? Oh the next thing you will be telling me is Santa Clause can only be white too!

When I was little, I was always interested in the FF, especially the Human Torch.   My cousin Lea, visiting from Detroit bought me one of my first comics.  It was FF 176 w-where the FF fought against Impossible Man. And even though I was only six years old and I could barely read, I was fascinated by the characters and their powers- especially the Human Torch.  This was Marvel's First Family and the book always had a playful, but serious tone to it. I was always drawn towards the Human Torch because his powers looked so cool in the book.  I mean," Flame on!" was like my catchphrase when I was kid and I was just drawn to the character from a very early age. 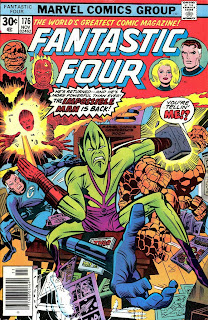 The FF were everywhere when I was a kid growing up! There were reruns of the 1960’s version of the Fantastic Four cartoon that we watched that had all four characters and plots and storylines taken from the comics.  Looking back at it, the animation was awful and the voices were comical but, it was the 4 and I was there for that!

Then in the 80’s, another cartoon version was made that was not terrible but it eliminated the Human Torch  because parents were worried ( and rightfully so ) that their children would try to light themselves on fire and jump off the roof to try and fly( I probably would’ve tried that).Actually, there is rumor that there was a Human Torch movie that was going to be made and Marvel had optioned his rights away( typical Mavel)!  So the cartoon eliminated the Human Torch and added probably the most despised character ever in FF lore called HERBIE the Robot in the place of the Human Torch. 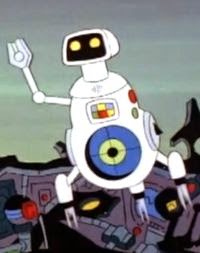 As I became a teenager and began to read the books,  John Byrne, who had recently left his run on Uncanny X Men, had begun writing and drawing the book and it’s one of the best runs on  FF.  And in those Byrne books, it’s really hard to not like Johnny Storm/Human Torch.  Byrne gave Johnny a life outside of the team and had him mature as a character.  Johnny got this happening night life and began dating super models, his love for racing cars was fully developed and he became a much more interesting character during Byrnes five year run. 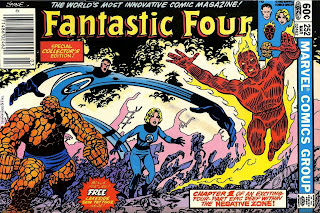 Honestly, those are the most interesting things I remember about Byrne’s  Johnny Storm/Human Torch- none of which are based upon him being white.  In the books, Johnny like cars, dates supermodels, plays tricks on people, is a smart ass, and  doesn’t like to follow rules and has problems with authority.  These are not white exclusive characteristics.  People make the comment about in this new movie, they are brother and sister but one is white and one is black.  White families adopt children of color all the time.  Its clearly stated in the lead up to the movie that Sue is adopted so how is this a big deal?

So why is this so personal for some people? The Fantastic Four have been around for over 50 years.  There have been some legendary runs on the book by some of the most creative artists and writers in the Marvel Universe. But it’s been 50 years!  Things have changed a lot in the past 50 years if you haven’t noticed.  Shouldn’t the books be more reflective of the times that we live in? Plus, this new movie is not based upon the 50 years of the FF history.   The filmmakers  are making several tweaks to their origin story but people seemed to only be focused on black Johnny Storm.  As if Johnny being white will make the movie good automatically! Well....

Johnny Storm was white in this FF movie? Did you like this one?

Captain America stayed white in this! Did you like this movie?

Hulk VS Thor! Gonna be a classic( how'd that turn out?)
Hulk stayed green tho!

And with this movie coming out,  people are most concerned about Human Torch being black?  And in case you forgot, The Human Torch was white in the last two cinematic versions of the FF.  Did that help these movies in any way?  No!  They are just awful movies-and not just because of the actors ( and not because of the Hispanic Sue Storm either- I SEE HOW YOU THINK)! They are bad movies because there was bad writing, bad dialogue, bad directing( sorry Tim Story), and bad special effects.  And to top that off, they doubled down and made FF 2 which was doubly bad and turned Galactus into a cloud, the Silver Surfer into a wimp, and turned the Human Torch into a Super Skrull?! 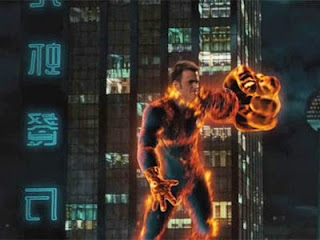 These two piece of shit movies almost killed the franchise and they had white Johnny Storm/Human Torch.  Yet now because Johnny is black , somehow the movie is doomed( pun intended)?  Alicia Masters was played by a black woman in the first two FF movies. I thought, “That’s an interesting choice.”  The most interesting things( pun intended) about her is that she is blind, that she loved the Thing, and her dad is the Puppet Master.  Her being black had no effect whatsoever on the character.  Was there really someone out there like, “she should be white” or “why is her hair not red?”   Word? You worried about that?  Did that really get in the way of you enjoying the movie? If it did, you probably are a racist( no matter how many times you say, "not to be racist")  and I’m not sure how you live and work in the society today.  The world is changing and you are still worried about a fictional characters race?

So with all due respect, get over it,man!  Be worried if it’s a good movie!  If the first two FF movies taught us anything is that Fox has no idea what to do with the movie property they own.  Is it action? Is it a comedy? Is it a mix of both?  They had  a chance to showcase Marvels First Family and they blew it. Now they push restart on their franchise and attempt to  distance themselves as far away as they can from the first two movies( as they should).   This movie may be great or it may be as bad, if not worse, than the previous two;  but it won’t be because of the Black Human Torch!


-The Producer
Posted by Brothascomics at 7:17 PM