THE REAL BLACKLIST-THE NOT TOP TEN BLACK CHARACTERS IN COMICS 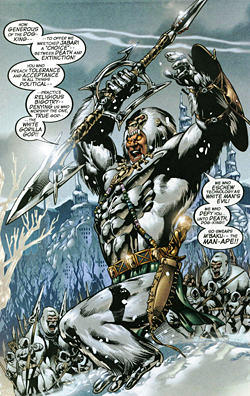 Put Shaq in a White Monkey suit. Have him work for/ with a  proud  Racist Bigot (Grim Reaper). No more Grape Kool-Aid for you

Just Damn-  Who inspired Jack Kirby to come up with Black Racer ?  This guy is some type of God  who travels the cosmos  putting the stink finger on people with a pair of skis? I am no fan of the New Gods as a whole except for Darkseid.

Rocket Racer is awful. This dude used his genius to create a motorized skateboard to support 6 brothers and sisters. If he would have sold that idea to some toy company back in the day, he would have been bigger than
the Rubik's Cube.

If this character was created today, DC would have the NAACP and Sharpton at the front door. This cat was a walking inter dimensional portal but he had to eat tons of materials everyday to keep it  working. Fat Albert eats H.G. Wells

The Not so Ambiguously G.A.Y. Duo. The Scourge did the comic world a great service by removing them.

Take every stereotype about Voodoo and you have this character. He has bare feet and ruffles on his pants. Where is Wyclef ?

Angry ex Marine is the "b(l)ack up dude to Hal Jordan. The JLA had 2 Aliens  on the team, but putting the black guy on there represented Diversity. Was it me or did the character on the Justice League TV  show spend a lot of time getting his ass kicked or cuckhold by Hawkgirl?

I didn't know he was black until the 1990's. A cool name but the character was lame until he started killing Aquababy. Then he received Aquaman's complete hate.

3. Black Goliath - The comic equivalent to Greg Oden. A big bad bust. My Third grade teacher caught me reading comics in class and took them away. One of them was Black Goliath #5. She kept the other two but gave back BG 5 as punishment. 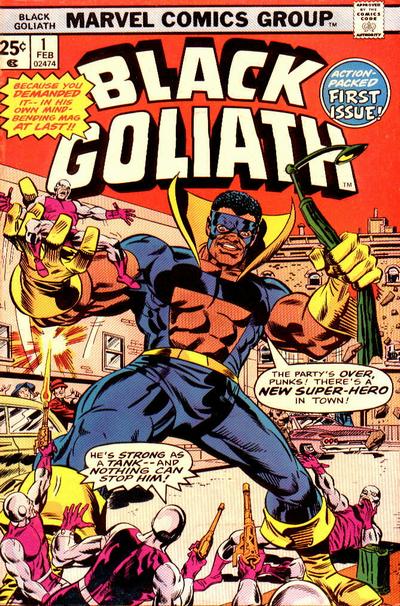 I'm sure there is a cute story about how this character was created. He could run 100 miles per hour. He taught Captain America how to Cupid Shuffle. Say it with me people...............Damn

Name 20 heroes you would like to be? Is the Falcon one of them? Hell No. He sucks. He was a reserve member of the Avengers. His alter Ego was "Snap" Wilson, angry black male into street life. The Red Skull uses the second most powerful thing in the Universe to provide this brother the special ability to mind meld with Redwing. What  thoughts do they share?
Posted by Brothascomics at 7:50 PM