Where Oh Where is Our Nina Simone? (The Biopic starring Zoe Saldana)

Nina Simone is an artist with a legacy that is rich with the nuances that existed when she came to fame.  Her distinctive look and sound are very much a part of who she was and what she stood for during those very turbulent times in the 60’s.  She is also very much known for her activism.  I am a fan of her music and her sound is rich with the soulful layering of her life experiences.  You can tell by listening to her music, that there is a lot of substance and context behind her lyrics.  With all this being said, when I saw the trailer for the upcoming biopic, I couldn’t believe my eyes.  First of all, Zoe Saldana is cast as Nina Simone.  Granted, Zoe Saldana is a pretty decent actress, however, she definitely is not the actress that I would immediately have thought of to represent such an iconic artist like Nina Simone. 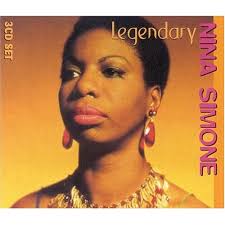 However, when I saw the recently release trailer, in which it appears that Zoe is wearing darker make-up (black face) in order to match Nina’s complexion, I was dumbfounded.  There are so many things wrong with this representation.  In hindsight, Zoe Saldana, should not have been selected for this role.  Not only does she not look anything like Nina, but having her parade around in what is essentially black face is disrespectful to who Nina was and what she represented.  As I pointed out, Nina’s look was very much a part of her legacy, the beauty of her natural features and hair, during a time when that was frowned upon because they didn’t think she could appeal to a diverse audience.   This caused much anguish in her creative process and also caused her to leave the United States and move to Europe, where she felt they would be more accepting of her look, due to racism that exists in the United States.

There are many actresses that I can think of that could have embodied what Ms. Simone stood for and would not have had to resort to wearing darker make-up to do it.  These actresses, I believe, have a closer physicality to Nina Simone.  So why weren’t any of these actresses chosen?  Some that come to mind are: 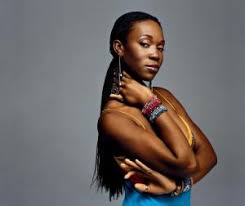 I believe that the artist from this list would have been able to knock this role out of the park, if given the opportunity.  The legacy of Nina Simone is important and should be portrayed to the best of one’s ability to accurately embody her essence.  I just don’t feel as if that was represented in the trailer.  When I saw the horrible make-up job, I was already turned off from this project and felt that it was disrespectful to her legacy.  This story is too captivating and important not to be seen because of some cheap, shoddy production.
The casting to me is all wrong.  Perhaps it was due to name recognition.  This is when artistic integrity comes into play.  Once they approached Zoe about putting on darker make-up and a prosthetic nose, perhaps she should have stepped away from this project and thought that maybe she was not the best actress to portray Nina.  I have to think that she had some trepidation about tackling such an iconic figure and being able to do her justice and do it correctly.  She had to have known this was not going to fly.  This goes against the things that Nina Simone embodied and represented.  I don’t know how Zoe Saldana didn’t see or think about that when signing onto this project. 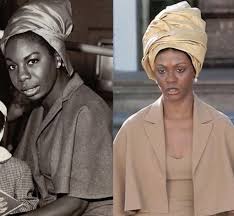 I have already been turned off by how Nina Simone is represented in this piece.  I know others have as well, which tells me that quite a few people will not be viewing it.  This is a shame because her story needs to be told, in the right way, not with this cheap, half-assed attempt.

I do like Zoe Saldana as an actress, however, I do believe that perhaps she should have stepped away from this project because of her artistic integrity.

There is a documentary available on netflix called "What Happened, Miss Simone?", that I will check out instead of this project. 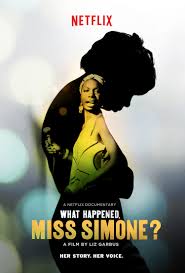 Posted by Brothascomics at 2:17 PM