Please shut the fuck up!

So the trailer dropped for Rogue One: A Star Wars Story the other day.  Normally that would've been something I would've done  a trailer review for and all that but I didn't.  Honestly, as much as I loved The Force Awakens, I am wary of Disney churning out Star Wars movie annually. I do believe too much is too much sometimes and diluting Star Wars with excessive movies could turn it into Star Trek and I would hate to see that happen. 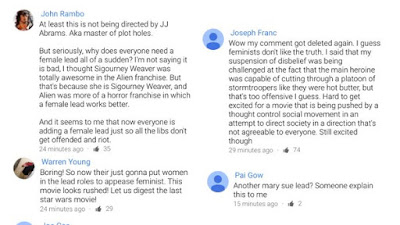 None the less, my issue was not the trailer.  It was the fan boy( white) reaction to the trailer.  Once again, just like the TFA, white, male fans are upset that the star and lead protagonist of this movie was not a white male.  Like much of the hate directed towards Ray and Finn, its based on the fact that they believe the new creators of these movies are diversifying Star Wars too much and its based on some racial bias against white males and pushing a feminist agenda.

Word? This is how you gonna play this?  Now I could dive into how ridiculous the argument is and how pushing one character does not diminish anything from previous characters or movies, but I'm not gonna do that. Or I could dive into this idea of believability of a movie with space ships and Wookies in it, but Im not gonna do that either. I am going to tell those fans to shut the fuck up visually!  Possibly they can only learn through pictures because reading is clearly not fundamental. 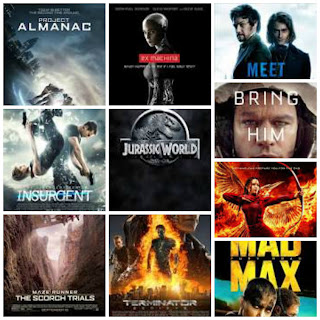 This is not a comprehensive list for 2015, but the movies are overwhelmingly white male fronted and if you have seen most of these movies, the lack of people of color in them is startling.  Oh but maybe it was just last year right?  Yeah because #OscarSoWhite?  look at the slate for 2016 thus far 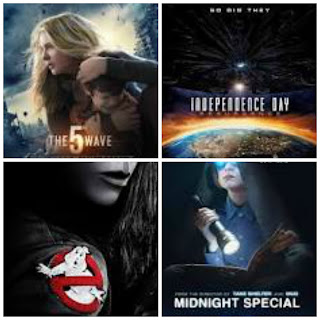 So there is a wide variety of movies over the past 16 months and there are no people of color.  Like none!  Yes, there are a few franchises that have white female leads, but the overwhelming majority are white, male led movies. And this is just the last year and half. Do you really want to go back in time to see how many movies and franchises are led by white males?  Is your ego and masculinity so fragile that you are threatened by less than 2% of the movies being made being led by a female?  Get the fuck out of here with that bullshit!  If anyone should be upset, its people of color who are constantly overlooked or marginalized in sci fi.  And its even worse for females of color in this genre. I am still waiting for a Black female to have s significant role in Star Wars.  I mean its only been 30 plus years and 8 movies already.
So cry me some white male tears on this one.  The audacity to be upset that 2 movies of your beloved series is not fronted by a white dude.  Man, you got 6 movies of that from Star Wars already. Let some other people shine.  None of this takes away from Luke or Han or Annakin or Obi Won. See that, I just listed 4 main white heroes.  This is on top of Padme and Leia.  And you give me "Lando" or "Mace" I may smack you if we meet.  One person does not equal diversity!! Learn that shit! Live that shit! Love that shit! Its not like there are no white people in The Force Awakens or Rogue One and they are all not bad guys! Get over yourself!
I'm sorry, not sorry for the rant but nothing angers me more than ridiculous, unfounded rage.  You want to be upset, don't watch then.  Ban the movies, sign your petition to bring back George Lucas.  But remember, George is chilling in his mansion like this! 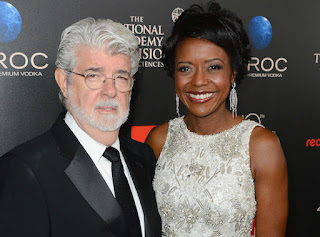 Posted by Brothascomics at 11:21 PM