Why can't we have nice things? 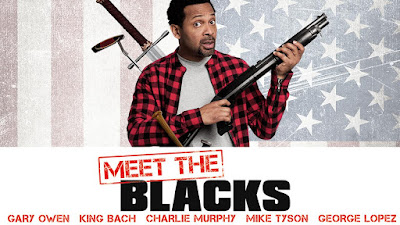 As the Twitter streets run red with the blood of blerd on blerd violence since Batman V Superman was released,  I was drawn back to reality when I saw the trailer for a new movie this weekend called, Meet the Blacks.  It stars Mike Epps and is a parody ( I guess) of the Purge movies as a new family( Black) moves from Detroit to Beverly Hills after they come into some money.  Except the night they move in is the night of the annual Purge of 12 hours where people can commit crimes without consequences.  The title of the movie made me pause because its so blatantly uncreative and obvious and because I had never heard anything about this movie prior to seeing that commercial.

This got me thinking to myself... Why can't black movie goers have nice things?  Over the course of 2016, there have been 4 major motion pictures released with predominantly Black casts and I would say none of them are of high quality.

Ride Along 2 was a less funny and less successful sequel to a movie that was not a great movie to begin with and Fifty Shades of Black was a continuation of parody movies from the Wayans of a genre that has been dead for quite some time.  Race, was a whitesplaing movie of a pivotal moment in American History, and Perfect Match was a romantic comedy that had little to no advertising and most people did not even know when it was actually being released. And look, these movies should be able to exists in the film market.  The quality of these movies can be debated, but you can say that about all movies  The biggest issue is since there is a lack of quantity of films with people of color, the quality of the films that actually get made( you would hope) should be higher.  But that is just not the case.

The question becomes why?  Why do films with predominantly black casts struggle to get made? And why is the quality of these movies so poor?  First and this has to be said- often times Black people do not support black film and television and often what we support appeals to our lowest common denominator which causes more and more of those types of films to be made. Look at the films since 2016 began, 3 comedies and only 1 drama and the most successful one, Ride Along 2, is a retread of buddy cop movies with more racial tropes than you can count.  And 50 Shades of Black is half a step above a minstrel show with the Wayans.  Where are the Black horror movies, drama, science fiction, super hero, murder mysteries, etc? Often when these types of movies get made, our people wont support the movie which leads to more Ride Along's and 50 Shades of Black.  As it is, the next predominantly Black film coming up is Barber Shop 3- which, Ima be honest, I was done after the original Barber Shop.  My fade was tight! I don't need a Fresh Cut! 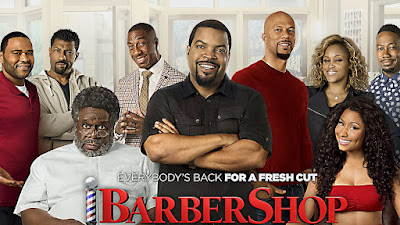 And therein lies the rub for Black movie goers.  Do I support these Black films because there are Black people in the movie- even tho it might not be any good?  Or do I hold onto my loot, with the hopes the quality of films released will increase even tho my lack of support may lessen those chances? This is a real dilemma and something white movie goers never have to concern themselves with.  They know, in a given month, there will be a wide variety of films across different genres in that same month. Shit sometimes in the same week.  These films were all released  the last two weekends.

Secondly, Hollywood does a terrible job( and often purposely I believe) in not advertising Black films to wider audiences. Production budgets are one thing, but to get people into the movie theater, they need to know who are the stars and when is the movie coming out.  Black films are often reduced to poster advertising and very few print, radio, or tv advertising and often these movies get lost in the Hollywood Shuffle.  Then when they movie fails, Hollywood will claim that the movie was not supported when in actuality, no one knew anything about the movie.

Now since #OscarsSoWhite, there are films being released that are outside of the comedy genre. Will Black people support them?  Will they get the advertising and support and push that their white counter parts receive?  A movie like Miles Ahead seems like a great movie with a great actor attached- but will it be supported?

Look, the color that matters most to people in Hollywood is green and if a movie does not make green they will not fund future movies for people of color.  Black writers, directors, and producers and Black moviegoers often only get one shot and if we all don't make it count, it becomes a more difficult struggle to get quality films made!

Podcast on ITunes
Posted by Brothascomics at 9:15 PM