The Curious Career of: Larenz Tate 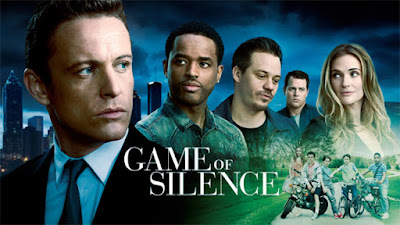 With a new tv show set to debut on NBC tonight called Game of Silence (which I really had no idea about), we wanted to look back at the career of Larenz Tate.  Even 20 years later, he is still mostly remembered for his role as O-Dog in the critically acclaimed, Menace 2 Society. From there, his movie career takes some interesting turns and eventually bottoms out before become a supporting character on tv over the past few years.  But why did he not become a "Movie Star"?  He clearly has the acting chops and he is a handsome man, but he rarely got a chance to break out of the mold of black, supporting star.

Early TV
Now you have known Larenz Tate the actor for a very long time.  You just didn't realize it.  He is a child actor who has been on several tv shows that you have seen.  From the 90's being on Red Foxx's The Royal Family, The Fresh Prince, and even Family Matters.  Larenz Tate has been around for a minute. 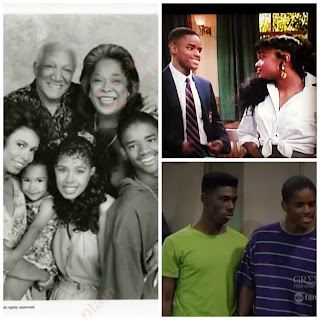 He hits it big in his big screen debut of the Hughes Brothers film, Menace 2 Society.  Now the 90's were filled with these gang related, urban tales and this movie is actually one of the good ones.  In it, he plays O-Dog, best friend of lead actor Caine.  Now if you have never seen this movie, I highly recommend it! Larenz Tate is mesmerizing in this role and even tho you should hate him, he is such a captivating character, you kinda find yourself cheering for him. And you will never react the same again when someone ask you if you want to buy some cheeseburgers.


This is followed up by a show on Fox called South Central- a dramedy that dealt with urban life in Los Angeles that was critically acclaimed, but not a ratings success. The show is cancelled after 10 episodes, but if you ever saw Moesha a few years later, they are essentially the same show.  Anyway, Tate is great in South Central and the door is opened for him to have future success in movies. 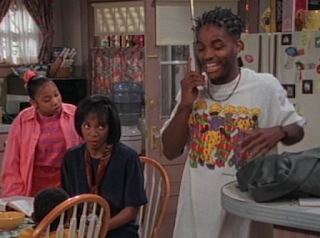 And its funny- the same thing that happened to Morris Chestnut after starring in Boyz in the Hood, happens to Larenz Tate.  The backlash of those 90's gangster/message movies, led to a small rise in more positive tales of the black experience. Tate gets a starring role in the film, The Inkwell, which also starred Morris Chestnut, as a coming of age tale for a black family on vacation in the 60's. Its well done, but not alot of eyeballs were put on it.


Inkwell is followed up by another Hughes Brothers movie, Dead Presidents.  Tate is the star of this movie; although many people will say its stolen from him by Chris Tucker.  In this movie, Tate plays an Army vet returning home from Vietnam with all the problems many veterans face when they return home.  He tries to make one big heist to take care of him and his family. It has tragic results, but probably one of the realest movie endings of all time.


The middling success of these movies have Tate on the ropes a bit, but he is going to score big in 1997 with Love Jones.  This movie, which also stars Nia Long is not a box office success, but a critical success and shows Black Love on film which is often overlooked in modern cinema. Tate plays Darius as a cool and sexy leading man and if he were white, you could've seen this role leading to many other leading man roles.   And even tho Love Jones is not a big money maker, it does open the doors for other films showing Black people in love, such as the much more successful Love and Basketball.

Nothing really blows you away, but he was doing quality work.  He makes the mistake tho in an attempt to up his profile.  He signs on for a movie with an actor whose star is definitely on the descent. The Postman- Kevin Costner's apocalyptic mailman movie.  Tate plays Ford Lincoln Mercury... yep, that's right!  He is essentially the token black guy who survived the apocalypse in the future.  The movie is awful and Costner's career is reeling after Water World and this bomb drags Larenz Tate down with him.

Then, in what I would assume was an Oscar bait attempt, Tate gets his last leading role in a major motion picture with Why Do Fools Fall in Love.  This movie is the Frankie Lymon biopic which had bigger goals than the actors who attempted to pull it off. Tate was way too old for the role of Frankie Lymon who was 13 when he hit major fame.  Then, the movie falls into a First Wives Club farce  about his estranged wives.  The movie is awful.  Full of some of the worst overacting you will ever see. It was more fit to be on Lifetime.  This movie also fails to register and in 1997, Larenz Tate disappears- for 3 years!


When Tate does resurface, there is a straight to video release of a movie, Love Came Down and then for the next 6 years, he does minor supporting roles in movies.  Some are big budget, others not so much.  He is in the Oscar winner Crash in one of the craziest opening scenes in a movie ever.  He also has a supporting role in Ray, in which Jamie Foxx wins an Oscar. There is also a movie with pseudo negro Vin Diesel and Biker Boyz- in which Derek Luke has replaced him as the young, angry black guy in movies.

After that, its a wrap for Larenz Tate as a movie star.  Since 2006, he has starred in guest roles on many tv shows that are critically acclaimed- mostly Rescue Me and House of Lies- but he has yet to be given the opportunity to make it back to feature movie star. 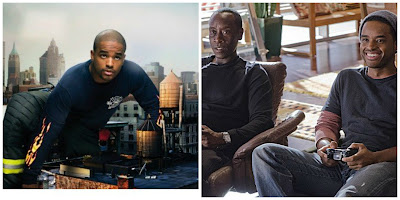 So what happened?  Probably more than anything this shows the razor thin line that Black actors and other people of color walk when choosing projects.  White actors are afforded the chance to make and fail different projects in tv, film and music and consistently be offered a 2nd or 3rd chance to get it right.  Black actors do not get that chance and if the project is a big enough failure, it damages their name/brand/career to various levels.  Larenz Tate is working and there is nothing wrong with that. But with his acting ability, charm, and good looks, he probably should've been a bigger star than what he became.

Posted by Brothascomics at 12:41 PM