THE APPEAL OF COMIC-CON FOR WOMEN

I have noticed that the Comic-Cons that I have attended recently seem to be appealing a great deal to women.  Which I think is a great thing, considering where these Comic-Cons started off.  As I have had several conversations with Hutch in reference to Comic-Cons that he has attended in the past, he can remember when you were lucky if you saw one or two women in attendance.  Whereas, now, there seem to be an abundance of women participating. 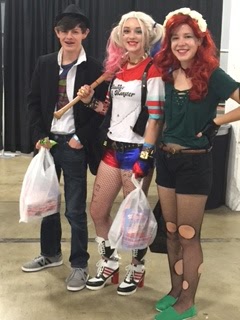 The Cosplay, in and of itself, contributes to the very creative process exhibited by women.  The elaborate costumes in which women design, put together and display are impressive in their own right.  Now, as I have mentioned previously the vendors seem to be appealing more to women as well.  At one time, Comic-Cons seemed to be more about comic books and D&D games.  Whereas now, they encompass more diverse and inclusive subject matters.  Everything from Steven Universe to My Little Pony.  It is also nice to see the creativity that is represented in these various art forms, from drawings to clothing to accessories.  It is vastly opening up, what was once a male dominated forum to a more equal representation in this environment.

Women are just as enthusiastic and significant participants in all aspects of these Comic-Cons, because now we are actually being acknowledged and catered to.  This shows how far these conventions have come.  Not to mention the aspect of being able to include the entire family, with something that each member of the family can understand and enjoy. 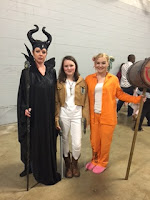 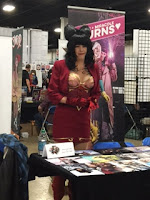 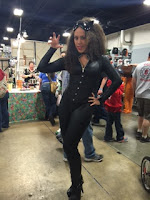 Appealing to all aspects of the family dynamic, allows these conventions to continue to grow and evolve.  This can only be positive for all parties involved and continue to allow the creative ingenuity of all participants. 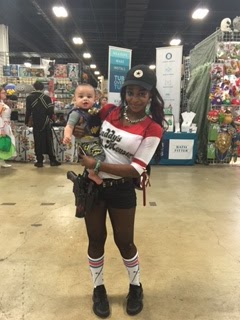 Posted by Brothascomics at 9:36 PM