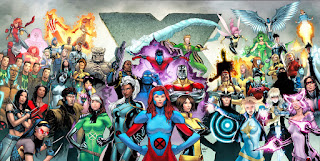 
As the Disney acquisition of Fox characters finalizes in January of 2019, there has been word out that Marvel has a 6 month out plan for their nearly, returned home characters in the MCU.  From the article linked above,  MCU head, Kevin Feige, stated that he has been given the go ahead to work on the Fox characters within the next 6 months.

This is great news for folks happy to see the X-Men and Fantastic Four come back into the fold, but unhappy news for the folks who thought there may be some kind of hint in Avengers: End Game.  It seems from my perspective, MCU is more than willing to allow Fox to finish what its started( as crappy as it is) with Dark Phoenix and that New Mutants movie and allow the stink from those to disappear before they look to a fresh start.

It seems like a natural transition, especially with The Avengers ending and a smooth transition can be made to the Fantastic Four through Black Panther as they have a long and rich history with one another.  Plus, the aspect of space and space travel with Guardians and Captain Marvel can open some fun areas to play with( Negative Zone, please) 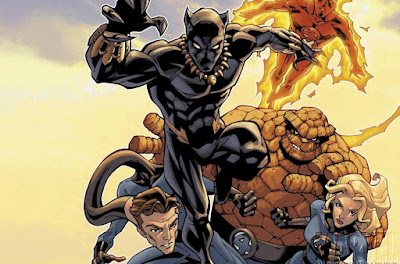 To me, the bigger issue will be the X-Men and how that relaunch is handled.  People's love for the X-Men is far greater than that of the Fantastic Four and fans have been treated pretty shabbily with X-Men movies( I'll debate you that there are only 3 good X-Movies).  I am sure, Feige and company want to get the reboot right and will look to take their time in getting it right.

But good news for all comic fans; except the #DamnDisney folks like Big Hutch who just hate on Disney for giving us quality movies.  I know... It doesn't make sense to me either.

Posted by Brothascomics at 7:25 PM