Believeland and the Modern Day Curse on Ohio Sports 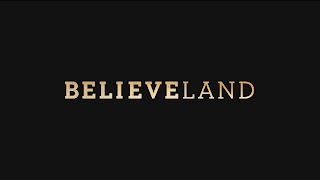 If you have not done so, please watch the 30 for 30 on ESPN called Believeland about the sports curse that affects the city of Cleveland. I cheer against almost all things Cleveland and even that documentary made me feel bad for their fans.

But taking a larger view, the sports curse does not end of the shores of the Cuyahoga River.  It extends far and wide into the state of Ohio affecting pro teams and even college powerhouses.  Now granted, Ohio State has won 2 national championships in the last 15 years and that is an accomplishment that all Buckeyes can feel proud of.  But if you dig past Ohio State, you will see some misery not often seen in other states( besides Georgia which is also cursed).

The curse on the Indians is well earned and deserved.  In the 90's, they had one of the best baseball teams, but were unable to close the deal twice- once against the Braves( for their only championship) and once against the Marlins who won their first championship Those Indians teams had great hitting- mostly supported by pharmaceuticals. 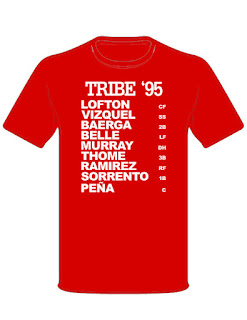 After those World Series losses, the team hung on for a bit, they gutted much of that World Series team for parts and had some moderate success, but their best chance of winning the World Series died out over those 2 back to back losses to the Braves and Marlins.

Growing up in southern Ohio, there has always been a love affair for the Reds.  We all know the Big Red Machine and listened to Marty Brenneman and Joe Nuxhall on the radio.  Baseball was king in that part of Ohio. Was. Since winning that championship in 1990, the Reds have been an also ran in the National League.  They have made the playoffs, but never been a real threat to win the World Series.  And the Curse of Ohio strikes hard when Ken Griffey, Jr proved that you CAN'T come home again.  When Junior was traded and signed by the Reds in 2000, it was to be the restart of the Big Red Machine for the new millennium. But it mostly turned to watching him be injured and see his star fade from bright to almost nothing in an instant. 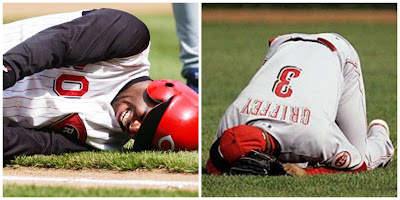 The Reds have been in recovery mode since the Griffey deal and currently are one of the worst teams in baseball.  This is not even speaking about one of the greatest players of all time who, because he gambled on baseball, is not in the Hall of Fame or allowed around the game.  The Reds have the curse!

The Cavaliers.... They exhibit the curse probably better than any team on this list besides the Browns.  They began as an awful team with the likes of World B Free as the star and that ought to tell you something if your best player is named after a greeting card.  When they finally do get good, they have a great team. Mark Price, Brad Daughtry, Larry Nance, and Craig Ehlo formed a formidable team in the Eastern Conference and challenged the Celtics and Pistons for supremacy in the Eastern Conference.... but then, the curse and The Shot by Jordan over Ehlo in 1989 sends the Cavs spinning. They do recover and make an Easter Conference finals a few years later- losing of course to Jordan and the Bulls.

The Cavs become irrelevant until they win the draft lottery and select Lebron James.  Lebron, who is from northeast Ohio and very familiar with the curse- which is why none of his favorite teams are from Ohio.  He cheers for the Yankees in baseball and the Cowboys in football.  Lebron turns the franchise around immediately and is such a transcendent players and personality that the word "Witness" becomes a catchphrase.  But even a once and lifetime star like Lebron cannot escape.  There is the sweep by the Spurs in the NBA Finals and then some embarrassing losses in the playoffs and Lebron does what most people from that are of Ohio do- He moved and took his talents to South Beach and broke the hearts of thousands of Cavs fans in 21 seconds.

And of course, he goes to Miami, wins 2 championships and even tho he came Home, the people of Cleveland still had to see him hoisting titles for a different team and that shit hurt.  Once he came home, the curse strikes the Cavs in the finals where two of their best players are out and Lebron cannot will the team to the championship over Golden State- even after being up 2-1.  This year, the Cavs again are the best team in the East( not sure that means anything) and will be the underdog against either the Thunder or The Warriors.  Another loss would mean Lebron is 0-3 in NBA Finals with the Cavs.  The only thing that would be worse if he decided to move on from the Cavs again after this season- The Decision 2: Electric Boogaloo.  The Cavs are Cursed!

The Browns
Man, I am just going to include photo's  for the Browns.  Their heartbreak is well established.  The Drive, The Fumble, losing the team( and watching that team win a Super Bowl), Manziel and all those different quarterbacks.  No team in sports has had worse luck and management than the Browns. And maybe it turns around...maybe Hue Jackson is a miracle worker but what have you seen to believe that its going to be any different?  They have had new coaches and GM's and its all been the same over and over and over. I almost feel bad for Browns fans. Almost.

The Bengals
I could do the same things with the Bengals.... I really could.  The Curse is strong in Cincinnati as well.  Granted they been to 2 Super Bowls and lost them both- the second being the more painful because our backup tailback goes on a crack bender before the game, Krumrie breaking his leg on the 2nd defensive play of the game,  the dropped interception by Louis Billups that woulda sealed the game, and of course the drive and TD from Montana to Taylor to win it for the 49ers.  That woulda been enough but the Curse kicked into overdrive in the 90's.  The death of Paul Brown handed the reigns of the franchise over to Mike Brown and the 90's Bengals were the current day Browns.  In the Lost Decade, the Bengals went 52-108.  They drafted awful, they had awful coaches and management, and they played awful.  Good players couldn't wait to leave and free agents only signed to get one last pay day from the Bengals.  This only turned around with Marvin Lewis arriving in 2003 but the curse still lingers.  yes they have won divisions and made playoffs, but Carson Palmer tears his knee on 2nd play of the game, Andy Dalton breaks his thumb before the playoffs, and of course the debacle at the end of the playoff game this year.  Added to the fact that Marvin Lewis is 0-7 in the playoffs- Trust me, the Bengals are cursed.

So which Ohio sports team in the closest to a championship?  It has to be the Cavs.  A win for Lebron and the Cavs would be a shot of needed hope and adrenalin to a city and fan base that needs it desperately.  Another loss in the finals- especially one with any heartbreak to it, would just be another kick in the ass for a state that has suffered more than enough.