Is it worth a Redbox: The Peanuts Movie 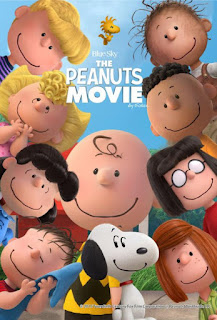 I am actually a huge Peanuts and Charlie Brown fan! I own most of the holiday specials and movies and I read all the small comics that came out when I was a child.

Since Charles Schulz passed away, Peanuts, which is controlled by his kids, never went away.  In fact, they have pimped out the Peanuts gang to sell everything from insurance, to cars, and all sorts of food products.  Things that Schulz would have never authorized when he was alive.

Now that he has been deceased for 10 plus years, they have finally made a Peanuts movie.  Since I heard about this, I was not excited about it.  I just thought it would be another money grab by the family without any of the intelligence and heart that made Peanuts great!  I was not wrong!

If you have ever seen any Peanuts special, you have seen this movie.  They literally break no new ground whatsoever and its really just a retread/homage to the movies and shows that came before it. The main plot is about Charlie Brown's pursuit of the Little Red Head Girl and all the hi-jinx that result from his, often times creepy infatuation.  You get all the standard scenes from the specials-the jokes, the dances- I mean nothing is really fresh or new- including the characters.  Even tho you see multiple new characters, they do not get to speak. They are just background noise and props for the main cast that has existed for 75 years.

So I wonder who were the filmmakers making this movie for?  Its marketed for kids, but all the characters and most of the jokes are made for their parents who watched these shows when they were a kid.  I watched it with my daughter and she kinda- sorta enjoyed it.  But even she recognized the jokes and bits from previous specials.

In summary,  If you were hoping for something new and innovative, this is not it!  You could easily watch all the holiday specials and get the same joy from those and save yourself the $1.50 at Redbox!

Posted by Brothascomics at 1:45 PM