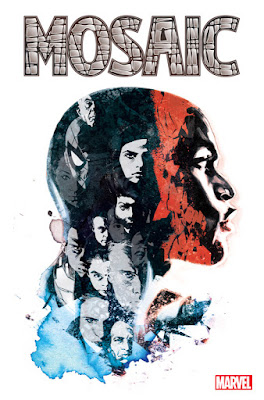 When news dropped of Mosaic this past year, I was immediately intrigued by the idea and excited about a new, Black superhero being added to the Marvel Universe.  I had even scheduled an interview with the writer, Geoffrey Thorne that fell through at the last minute.  Marvel starting a new book with a Black lead and both writing and pencils being done by African Americans.  This is a big moment.  I was not thrilled with the idea of Mosaic being an Inhuman, but I could look past that.

Issue 1 of Mosaic does not disappoint long time comic book fans and is a great jumping on point for new readers who wont be burdened by years of continuity to understand the character.


Morris Sackett is a tier 1, basketball superstar in the MBA( Marvel Basketball Association?).  His team, the New York Stride are about to clinch their 5th MBA title, along with a 5th MVP award for Sackett.  Like most basketball superstars, Sackett has tons of talent and an ego to match which does not make him beloved by his teammates.   As I read the book, Sackett read like a modern day, in his prime Kobe Bryant. 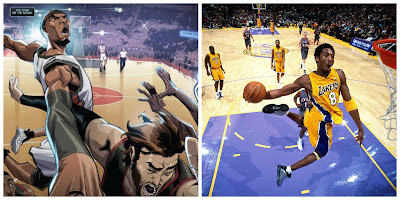 Now even tho Sackett is a star, he does have his Pops and his girlfriend T-Fleek by his side to keep him grounded.  I loved how the writer here gave Morris a white, pop star girlfriend.  It felt very much like a nod to the Nick Yong and Iggy Azalea coupling. 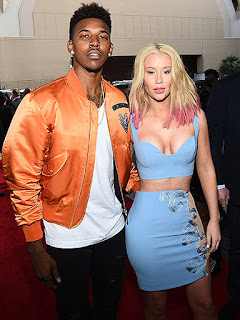 Life is going very well for Morris Sackett... until the Terrigen Mist which had been unleashed by the Inhumans, finds Morris and transforms him into one of those Inhuman cocoons.  Of course, every one is worried. From Pops, to T-Fleek, and to his millions of fans across the globe.   Most who are affected by the Terrigen Mist do not have the resources that Morris Sackett has and Pops uses them to help find a solution for his son.  Stark, Parker, and Wakandan technology are all being used to figure out what happened to Morris.  Pops care of Morris is evident and even tho some may see the coupling of him and T-Fleek as a publicity stunt, she is very concerned as well. 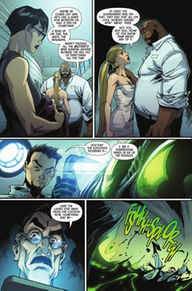 I am getting into spoiler territory.... proceed with caution.  Mosaic's birth leads to massive confusion on Morris' part and those who love and care for him and he eventually finds himself on the streets of New York confused and with new powers.  Mosaic has the ability to mind jump from person to person and even when he leaves one person, he still carries with him some of their memories and skills.

As he begins to learn his new powers, moving from random New Yorker to New Yorker, he eventually winds up with two kids with criminal intentions which leads to our conclusion and lead in for issue 2.

In the realm of Black Superheroes, Mosaic has been given a chance to catch the Inhuman wave that is sweeping over Marvel Comics right now.  In this book, Thorne and artist Khary Randolph have given us a new hero, with an interesting power set and I am curious as to how Mosaic fits in the Marvel Universe moving forward.  As always, with any Black hero comic, the concern will be if people will support the book and the character.  Mosaic, to me, is a great starting point for new readers, as well as old school readers looking for a new character to follow. I am looking forward to issue two and how they handle Morris' coming to grips with his lack of self, loss of relationships, on top of the development of his power set. Again, great start, many different possibilities for the book and the character moving forward.  Color me intrigued.

Posted by Brothascomics at 3:08 PM