Can We Terminate the Terminator 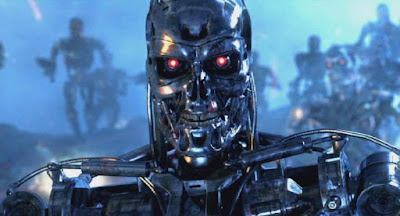 News dropped this week that the Terminator franchise is looking to reboot itself... again with Terminator 6.  This reboot has now brought on director Tim Miller who is most famous now for having directed Deadpool.

Look, Terminator as a franchise been dead to me since Terminator 2.... And I mean dead to me.  I kinda hate that movie to be quite honest with you.  But since then, we've had a female Terminator, Batman as John Connor,  Khalesi trying to make this franchise work,  and of course  they keep bringing Arnold's corpse and steroid looking ass back from the would be grave to make a spot check cameo.

Let franchises' die man.  There is no shame in that.  Each subsequent movie dilutes the original to the point that it almost makes the OG less enjoyable- especially since the movies have the technology to make it cool, but the movies still winds up sucking.


Posted by Brothascomics at 3:27 PM