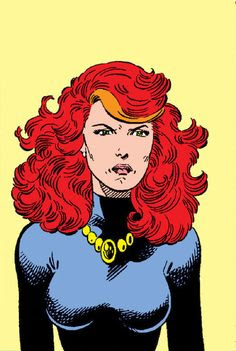 If you have been around here for a while, you know I have a major weakness for redheaded comic books characters.  From Mary Jane to Cherly Blossom, I cannot get enough of the Gingers.  So it would come as no surprise that I am a huge of fan of Jean Grey/Marvel Girl/Phoenix/Dark Phoenix.
Since she "died" in X-Men 137 and through her various resurrections and teased ressurections to all of her dopplegangers from Madelyne Pryor to Hope Summers, and Rachel Grey- I am just a huge fan of the character.

With her younger self now running around in a fairly entertianing solo book and leading X-Men Blue, I kinda had a thought that Marvel would consider bringing back OG Jean.  Just when things are going well for time displaced Jean, of course OG Jean would make a return.


Well news broke this week that Jean Grey is on her way back in an event in December called, naturally Phoenix Ressurection.  And I may be the only person at brothascomics who is ok with this.  I have always felt that Jean shoulda never died and the creators at the time painted themselves into a corner by making Jean/Phoenix so powerful.  Its why they keep coming back to Phoenix and all the sorta Jean Grey characters.  They are all just copies of the origial so lets bring Jean back.

The only reservation I have is that this will be short lived and they will just "kill" her again.  I do kinda worry that her rebirth will lead to a return of OG Scott Summers- who needs to stay dead forever! But thats another post.

Check the full article at SyFy

Posted by Brothascomics at 4:40 PM