JJ Abrams Back for Star Wars 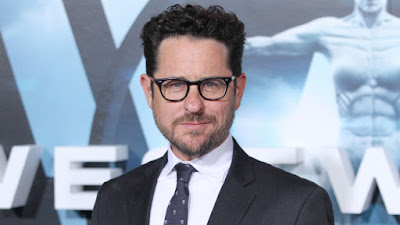 News broke over the past few days that director, Colin Trevorrow, was out of directing Star Wars IX and now director of Episode VII, JJ Abrams will be back in the directors chair to end the trilogy he began with the Force Awakens.

This news was met with great enthusiasm by many Star Wars fans and some skepticism by some #DamnDisney people as this is another highly visible director change following the removal of Josh Trank from an untitled Star Wars movie and the removal of tandem directors Phil Lord and Chris Miller from the untitled Han Solo movie.

I am not sure why the change of directors bothers people before a movie goes into production. Whether its creative differences, changes in schedules, whatever... before the movie goes into production, I do not see the big deal.  Now after the movie is being shot, a change in director is a huge deal.  Often merging two competing thoughts and ideas into one movie can create a messy, unfocused picture.  Hopefully it works out well!

Any director who gets into bed with the House of Mouse should already know their creative juices and energy may be curtailed by the Mouse!  You either check your ego and roll with the flow, or find yourself in Directors Jail waiting for your next big break!  Either way, just don't kill Finn and let him get the girl.  Pretty much if those two things happen, I'll be ok no matter who directs!

Full Story at Variety
JJ Abrams is Back

Posted by Brothascomics at 7:49 PM