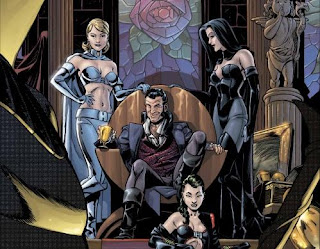 Marvel and Fox Working together

We all have been predicting it and early reports seems to indicate that Marvel/Disney and Fox have worked out a deal in regards to the Fantastic Four and the Xmen( or at least Mutants).  The first report came from Den of Geek- shouts out to them for getting the news out this morning. The deal, as being reported, is that Fox has given Marvel the use of the Fantastic Four with Fox being allowed to use the Xmen on tv series.  This news comes a day after Fox announced two new Mutant based series: The Hellfire Club and Legion.

What this means for Fox. Fox now has the ability, like Disney does with Marvel: Agents of Shield, to build a tv and movie universe based on the Xmen.  A tv show like Hellfire Club can introduce lesser known characters that can later be put into movies or tie the movies to the tv shows to have the cross over synergy that Agents of Shield enjoys on ABC.  This is a win for Fox.  Lesser known Mutants such as Power Pack, the New Mutants, X Force, and Excalibur can expand the Mutant roster beyond what they currently have and most of those characters would work best on tv and Fox doesn't have to waste millions of dollars to make a movie.   Marvel was never getting the Xmen back as a franchise and Fox was savvy enough to unload the Fantastic Four property( which they had no idea what to do with) for the rights to a property that have had multiple successes.

What this means for Marvel/Disney 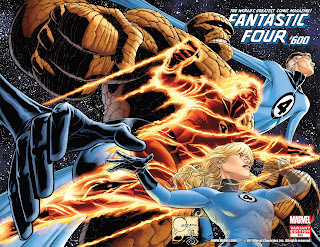 Marvel finally gets the Fantastic Four back and I would assume all the affiliate characters, villains, and worlds that go along with it.  That means the Negative Zone, Silver Surfer, Galactus, the Skrulls, The Baxter Building, and most importantly, Dr. Doom are all under the control of The Mouse.  This is huge for Marvel/Disney. It expands the Silver Surfer and Galactus is possible, The Illuminati is now possible which opens up the possibility for Planet Hulk, and of course Dr. Doom VS Everyone.  Hell, it could even be a Secret Wars because of this deal now! This is a huge get for Marvel/Disney!  The Fantastic Four can be revived in comics and hopefully down the road, we finally get a Fantastic Four movie worthy of their place in the history of Marvel Comics( probably wont get a black Human Torch tho)! 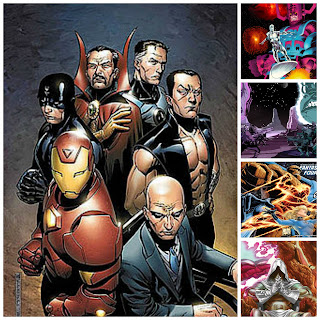 As a Marvel/Disney fan, I'm dancing and rappin' like the Human Torch. This is great news for comic book and comic movie fans!

Posted by Brothascomics at 1:35 PM