Who makes the New Avengers line up? 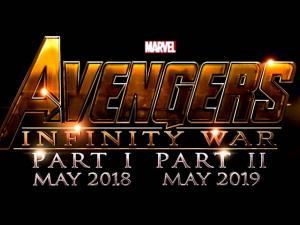 Marvel is firing off news recently with the upcoming release of the Age of Ultron DVD( out today October 2).

In the article, ( shout out to Den of Geek), Marvel exec Jeremy Latchum acknowledges that at the end of the Infinity Wars, Parts 1 and 2, there will be a changing of the Avengers line up as a function of the team is always changing.  We get a glimpse of this at the end of Age of Ultron, as founding members Iron Man, Thor,  Hawkeye, and Hulk, are replaced by Falcon, War Machine, Vision, and Scarlet Witch.  This ever shifting of the team is a staple of the comic book and with the ages, contracts, and money having to be paid out to actors( esp RDJ as Iron Man), its to be expected that at some point, there will need to be a reboot or restart of the team.  But who makes the cut?

The Avengers have typically always had one of the big three( Cap, Iron Man, or Thor) as a part of the team- with Cap or Iron Man usually serving as team leader.  But I would argue that RDJ and Chris Evans are the most likely to leave the franchise at the conclusion of the Infinity War.  I've written about this exclusively that RDJ has owned the role of Tony Stark/Iron Man to the detriment of the rest of his acting career so recasting there seems like a long shot.  But Disney/Marvel cannot and will not keep paying all that money to RDJ to do guest shots in these movies.  But RDJ has no real career at this point outside of Iron Man and another movie flop like the Judge and he may want to keep being Tony Stark to keep cashing checks! 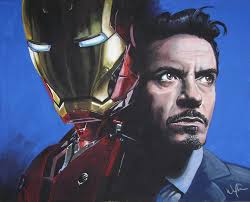 Chris Evans/Captain America may be easier to recast, but Chris Evans has owned this role, too.  What he has over RDJ is that he is much younger and could stay with these movies/roles a little longer.  But he has been clear that when Infinity War is over, he is out of the super hero movie making business.  The idea of being type cast in these roles forever is a real fear for these actors and actresses.  Nobody wants to become Mark Hamill( Luke Skywalker) or Adam West( tv's Batman) and be unable to take any other acting roles because no one will take you seriously anymore. 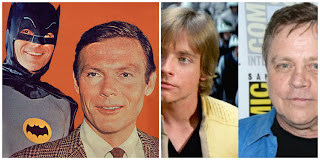 I don't think it would happen, but MCU could go with a version of the New Avengers they introduced a few years ago. 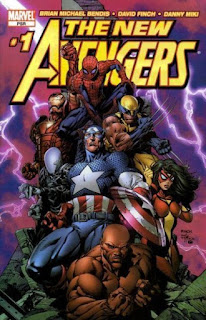 With the exception of Wolverine, they own/share the rights to all these characters.  Spider Woman could be replaced by Jessica Jones, who along with Luke Cage, have been introduced through their Netflix series. This team has both Cap and Iron-Man, tho.  Both roles at that point would have to be recast( we wont mention the nonsense of the Sentry).

So who makes the cut, then?  As MCU transitions into Phase 4, its obvious that Black Panther and Captain Marvel will be a part of the team.  Both have been Avengers in the past and with their upcoming solo movies coming out, it makes sense for them to be a part of the New Avengers.  I could see Hawkeye coming back to the team at some point.  He has also served as leader of the Avengers before.  Recasting Hulk would be easier, as well since 3 actors have played the Hulk in movies already.  But what does the rest of the team look like?  Do Ant-Man and Wasp make the team?  Who will lead them?  Can you make an Avengers movie without one of the Big Three?

Let us know what you think in the comments section.  Who makes up the New Avengers in Phase 4?

Posted by Brothascomics at 11:52 PM